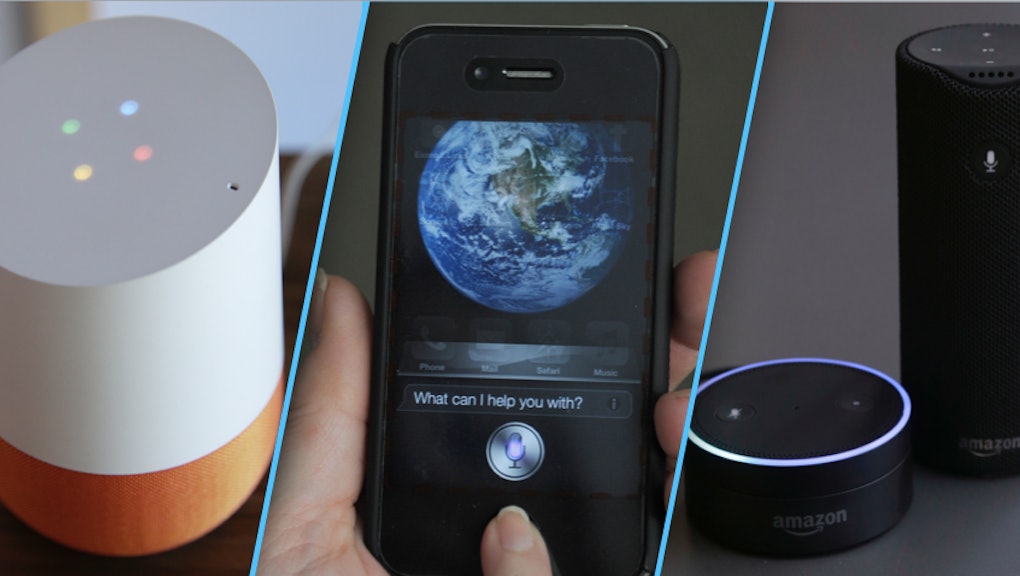 It is unsurprising that an industry dominated by men would result in products digitally dressed for the male gaze. But, turns out, it's not just men guilty of preferring voice-activated personal assistants modeled after a subservient female.

According to a survey conducted by Radius Global Market Research, which surveyed 1,083 adults between the ages of 18 to 44 nationwide in February, 55% of men view a female voice as more "trustworthy" while 71% of women didn't trust the male voice.

Yet, according to the study, 46% of the men believe that "defaulting all voice activated personal assistant devices to female voices sends the wrong message about women's place in society."

The study also found that 51% of people who own a device with a voice-activated personal assistant trust a female voice.

"We understand that it is difficult to create genderless voices; however, it was quite startling to hear that nearly a quarter of America couldn't identify whether they were hearing a woman or a man's voice," Jamie Myers, Radius Global Market Research's global director of client services, said in a press release. "That truly begs the question: Is it really digital sexism if they don't even know what the voice is?"

The survey aimed to look at digital sexism, or what it defines as "discrimination or devaluation based on a person's sex or gender — online."

The contradictory viewpoints held by many respondents — that a sea of subservient female voices paints women in an antiquated light but also that they prefer them over men — signal that the unconscious bias (or straight up sexism) upheld by the tech industry is also upheld by consumers.

As we input voice activation in more and more devices, it's important for the tech industry, one that prides itself on being progressive, to model its assistants in a more modern fashion. Its affinity for ladies is clear — you've got your Alexa's, your Cortana's, your Siri's. And although, based on this survey, many consumers might still lean toward a female voice, the industry can decide not to bend to this old-fashioned notion.

"There's kind of a history of feeling women are there to serve you," Deborah Tannen, a professor of linguistics at Georgetown University and an expert on gendered communication, told Mic in 2015. "It's OK to impose on a woman [who's like] a secretary. It's OK to interrupt her. It's OK to have her serve you."

It's also OK not to gender the machines that serve us.

"If, for instance, the go-to digital assistant is male, that is paradigm-shifting for all of us in a big way," Margot Boyer-Dry, who worked on Poncho, a male digital assistant, told Mic. "It reframes our mindset for gendered assistance. I really look at that as an opportunity for those of us building the next generation of tools and artificial personalities."