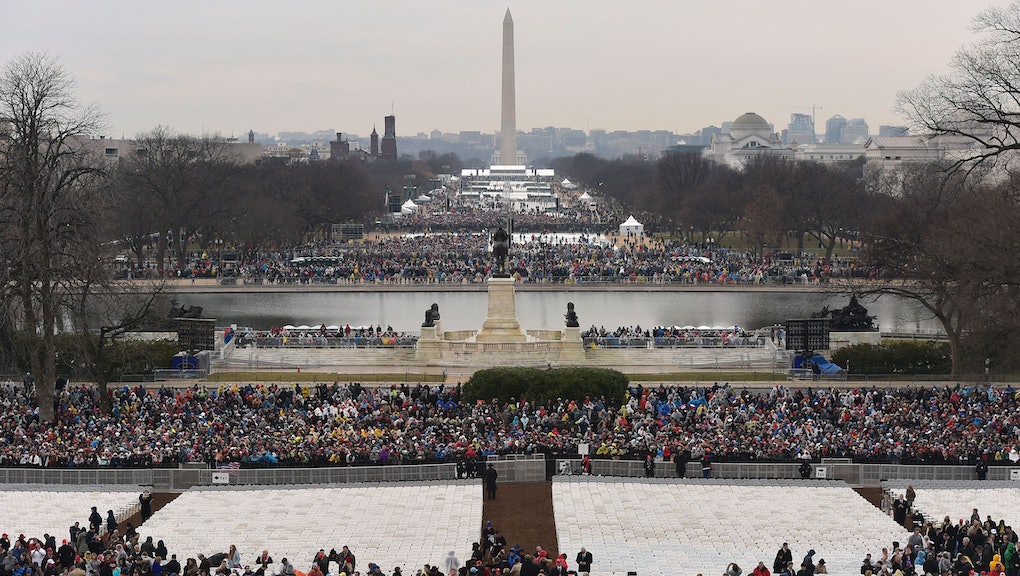 The National Park Service is putting disputes over President Donald Trump's inauguration crowd size to bed once and for all.

Following Trump's request that the government agency release official photos from January's inauguration ceremony — an inquiry he made on the first full day of his presidency, according to Jezebel — the National Park Service has released new photos that hopefully mean we can all move on from this debate.

The images, of course, only confirm what we knew all along: Trump's inauguration crowds pale in comparison to former President Barack Obama's 2009 crowds.

Here are just a few for your consideration:

According to CNN, Spicer told reporters, "This was the largest audience to ever witness an inauguration, period."

At the time, he also made some back-breaking arguments for the shots being "intentionally framed" to give the impression that fewer people attended the inauguration ceremony.

"This is the first time in our nation's history that floor coverings have been used to protect the grass on the Mall," Spicer said, attempting to account for the glaring white space. "[It] had the effect of highlighting areas people were not standing whereas in years past the grass eliminated this visual."

Thanks, Spicer. But we'll let the visuals speak for themselves.