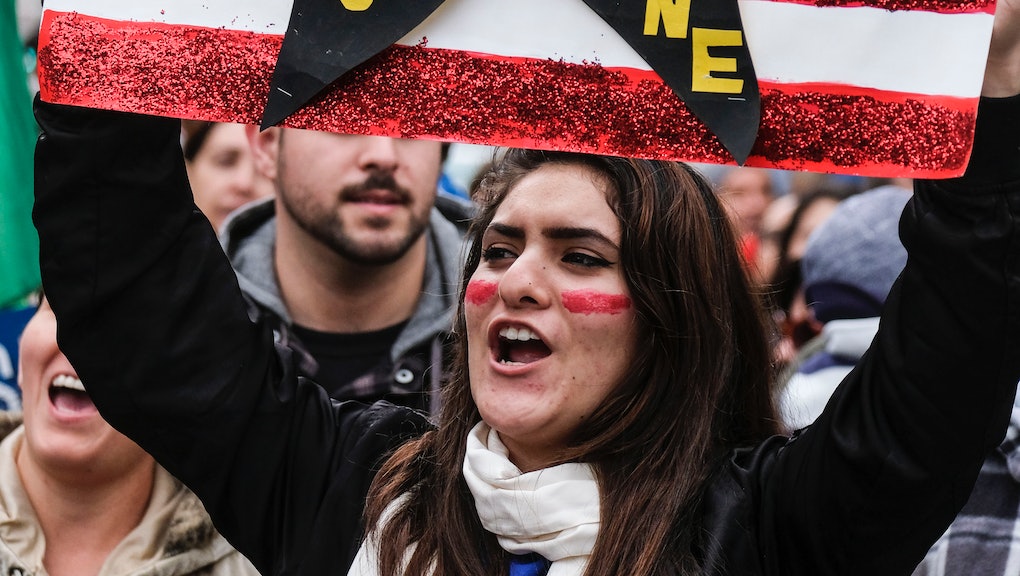 One of President Donald Trump's most touted pet projects of his foreign and domestic policy agenda is a border wall between the United States and Mexico, meant to keep out people he has described as rapists and drug dealers.

A new report from the Center for Migration Studies undercuts the reasoning behind Trump's wall. Researchers found that Trump's plan to stem illegal immigration misunderstands the undocumented population in America today. Researchers found that, as of 2007, a larger portion of undocumented arrivals never crossed a border without authorization, but were in fact screened and admitted on temporary visas. They've since overstayed the term of their visas. Two-thirds of undocumented arrivals in 2014 overstayed their visas.

Researchers found that, as of 2014 4.5 million U.S. residents, or about 42% of the total undocumented population, had overstayed their visas. Though not currently the majority, visa overstays will come to be if current trends continue, researchers assert. The number of people who crossed the border, what researchers called "entries without inspection," has dipped considerably since 2005, while the number of overstays continues to rise. In 2014, overstays represented 66% of those who arrived in the country that year.

And it's not just 2014. Overstays exceeded those who crossed a border every year since 2007. Since that time, 600,000 more overstays have arrived in the U.S. as compared to EWIs.

The report also found that, since 2005, a significant portion of those who do cross the border are "de facto refugees" from Central American countries like El Salvador, Guatemala, Honduras and Nicaragua. Many of them are fleeing violence and persecution.

Researchers concluded that, rather than building a wall, a smarter plan would be to allocate resources to support economic development initiatives in these Central American countries and improve refugee processing from these countries.

The study's findings undercut much of Trump's fear-mongering rhetoric concerning immigration both during his presidential campaign and his tenure as president.

"The Trump administration has made the construction of an 'impregnable' 2,000-mile wall across the length of the U.S.-Mexico border a centerpiece of its executive orders on immigration and its broader immigration enforcement strategy," Donald Kerwin, executive director of the Center for Migration Studies and a co-author of the report, said in a statement. "Our findings offer an additional reason to question the necessity and value of constructing a wall."

Trump's anti-immigrant rhetoric has extended past his beloved wall in recent weeks. During his first speech to Congress, Trump announced he had formed the Victims of Immigrant Crime Engagement office, meant to lend a voice to those who were the victims of crimes by undocumented immigrants. He also signed an executive order calling for a list of crimes by undocumented immigrants to be compiled every week.

While Trump has relied on a fear of the unknown to push forward his policy agenda, especially the border wall, this study shows that Trump's fears are unfounded. Trump has so far ignored that undocumented immigrants commit fewer crimes.

The Center for Migration Studies report further chips away at Trump's immigration policy by showing that, in the last 12 years, most of undocumented immigrants in the U.S. have not been unknown. It's quite the opposite — they've been vetted, cleared and welcomed into the country.