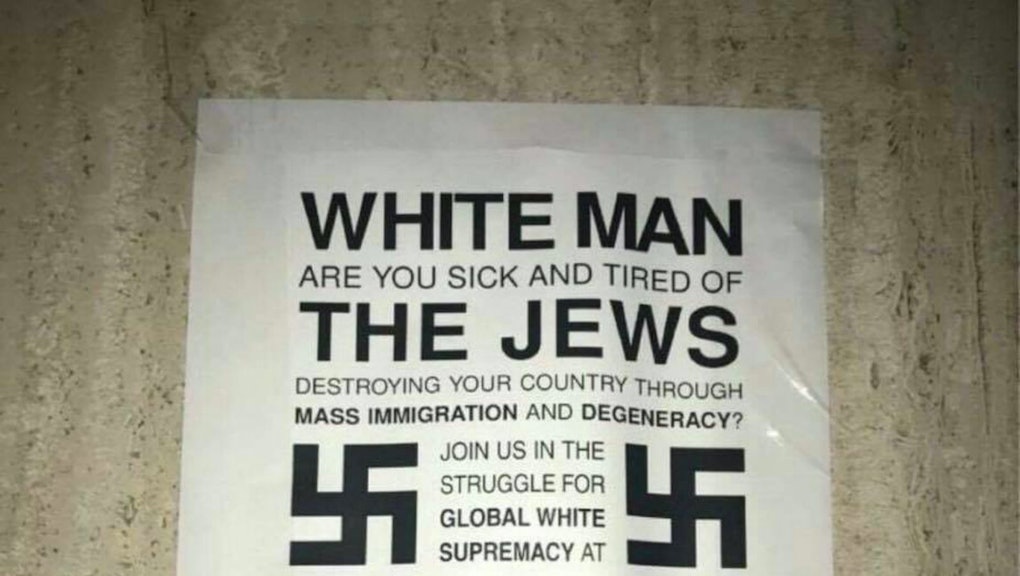 "Are you sick and tired of the Jews?": Anti-semitic fliers found on Texas State campus

Fliers sporting anti-Semitic and white supremacist messages were removed from Texas State's San Marcos campus on Friday, according to mySA. This is the fourth time the campus has dealt with racially charged posters since November.

"White man, are you sick and tired of the Jews destroying your country through mass immigration and degeneracy?" the flier reads. "Join us in the struggle for global white supremacy." Large swastikas sit on both sides of the text.

Texas State spokesman Matt Flores told mySA that university police found about four or five fliers bearing the hateful message on its campus. According to Flores, president Denise Trauth will not make a statement about the fliers, saying simply that go against the "core values of what it's like to be a Bobcat."

The day after the November election, according to mySA, a flier calling for the "arrest and torture" of university leaders "spouting off all this diversity garbage" was stuck to the mirror of a campus bathroom. In December, a flier urged university students to report undocumented students to the authorities.

"I don't know that you can stop it," Flores said of the continuing flier problems.

Journalism student May Olvera told mySA that her Jewish friends were "shocked and uncomfortable" after seeing the posters. She added that, on a positive note, the fliers have "made people more alert and brought them together."

Olvera said she did not reach out to university staff because of how they handled past problems.

"They seem to act like it's a waste of their time, so I think that students themselves are better equipped to deal with these things as a community rather than have the school attempt to handle it," she told mySA.

In a phone interview with Mic, Flores said it was "highly likely that it's a non student" who has been hanging fliers on campus. Flores said the university's campus is open to the public 24 hours a day.

Flores said administration is working with local law enforcement and they have stepped up patrolling to stop the fliers from going up.

Anti-semitism has been on the rise since the rise of Trump and the alt-right. Mic reported on "(((echoes)))," the symbol that neo-Nazis used to identify Jewish people online. Since the election, Nazi propaganda like swastikas have popped up on the New York City subway and several Jewish community centers have received bomb threats.