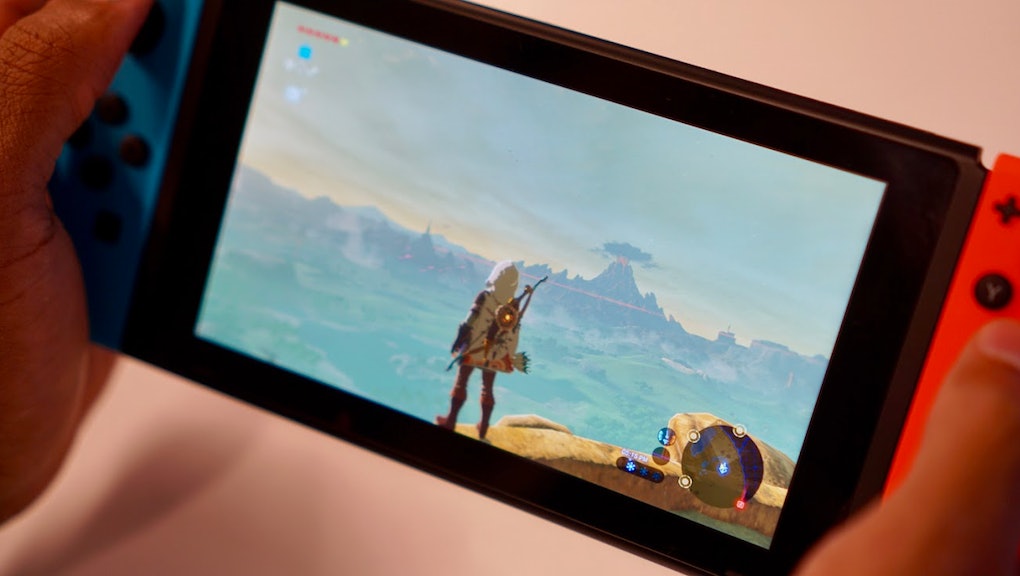 'Zelda: Breath of the Wild' Climbing Gear Location Guide: How to find the special armor

One of the coolest parts about Legend of Zelda: Breath of the Wild is the ability to equip Link in different outfits for different effects. Some, like the Flamebreaker Armor, increase Link's resistance to fire. Others, like the Zora Helm, give Link back his spin attack and some like the Gerudo Outfit advance the plot and give Link an extremely fashionable look.

If you're looking to increase your climbing speed, or you just think Link would look cool in the Hylian equivalent of a climbing harness, you'll have to delve into a couple Shrines in order to grab the climbing gear. It's tough, but the increased climbing speed you get for equipping it is well worth it.

Zelda: Breath of the Wild climbing gear: How to find the climber's bandana in the Ree Dahee Shrine

According to Gosunoob, the first part of the climbing gear, the climber's bandana, can be found in the Ree Dahee Shrine. The easiest way to get there is to warp to Dueling Peaks Tower, then use the paraglider to glide down into the gorge and make your way towards an ore deposit on top of a small rock outcropping. Once you're there, you can climb up past the deposit to the shrine.

Once you reach the end of the Trial of Passage, you should see a chest off to the lefthand side of the monk. If you look to the right of the monk and below, you should see some barrels that you can use Magnesis on. If you pull one of the barrels up and over to the orange switch behind you as you face the monk, you'll activate a platform to move diagonally and give you access to a chest that holds the climber's bandana.

To get the climbing gear chest piece, you'll have to head to the Chaas Qeta Shrine, which is on a small island in the Necluda Sea, positioned in the southeastern portion of the map.

Inside Chaas Qeta Shrine, you'll be subject to a Major Test Of Strength against a Guardian, so make sure you come prepared. Gosunoob recommends hiding behind a pillar when the Guardian starts swirling around — when he hits the pillar, he'll be stunned for a few seconds, allowing you the opportunity to get some free hits.

Once you defeat him, you'll find the climbing gear in a treasure chest in plain sight before collecting your spirit orb,

Zelda: Breath of the Wild climbing gear: How to find the Climbing Boots in Tahno O'ah Shrine

The final piece of the Climbing Outfit is hidden in Tahno O'ah Shrine, located on the east side of Mount Lanayru on the far east of the map. It's pretty much straight to the north of Tenoko Island where you found the Climbing Gear. Once you're in the area, search for a wall that looks suspiciously cracked and bomb it to reveal the entrance to the Shrine.

Since the Tahno O'ah Shrine is a blessing shrine, not a trial, once you're in, you won't need to solve a puzzle or fight anything. Just help yourself to the chest and the climbing boots inside. And don't forget to talk to the Monk for a Spirit Orb.

With that, you've got all three pieces of the Climbing Outfit. While wearing it, Link will be ready to climb to his heart's content.