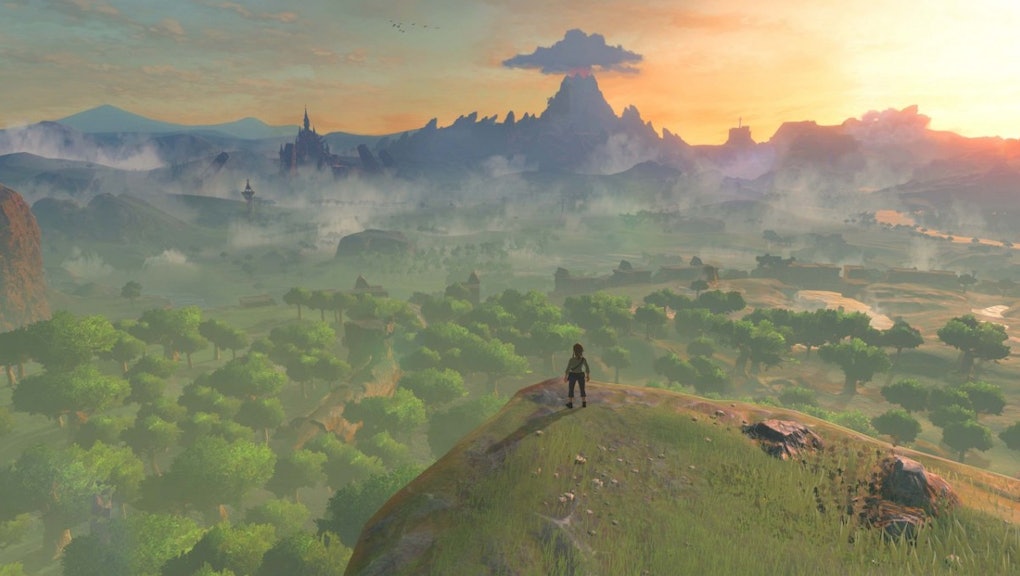 'Zelda: Breath of the Wild' Timeline Placement: Where does the new game fit in the series?

Wondering where Legend of Zelda: Breath of the Wild fits into the intricate Zelda timeline? We did some digging and we're ready to clear things up — sort of.

Since the dawn of time, fans have been arguing about continuity in their favorite franchises. The Legend of Zelda timeline is no different. As there is no real answer, fans have speculated at the order of each Zelda game for years.

Then, in December 2011, franchise creators released the encyclopedic book Hyrule Historia. Over the book's 200-plus pages, it detailed the complete history of Hyrule with a crystal-clear timeline. If you're wondering where Breath of the Wild fits into it all, you'll need a bit of context.

In order to understand where Breath of the Wild fits into Hyrule's complex timeline, there's a few things you'll need to know first. Hyrule Historia revealed that the entire franchise actually takes place in multiple timelines (I know) that split right after the series' shining star, Ocarina of Time. Some of the games, like Skyward Sword, take place before the split, whereas Majora's Mask, Wind Waker and A Link to the Past take place in three distinct timelines.

Since its announcement a few years ago, Breath of the Wild has been the subject of debate among the franchise's longtime fans. They were trying to figure out which timeline the game took place in — or if perhaps it took place in a new 4th timeline. Well, now that the game is released and playable, we have our answer. Just a heads up, this next part will obviously contain some spoilers.

Where does Breath of the Wild fit into the Zelda timeline?

The question of timelines is answered in a cut scene in the game, which takes place when Zelda appoints Link as her royal guard. As she gives a speech acknowledging his accomplishments, she briefly alludes to previous games in the franchise — specifically Skyward Sword, Ocarina of Time and, most significantly, Twilight Princess.

Mentions of Skyward Sword and Ocarina of Time don't reveal anything; like I mentioned previously, both games exist prior to the timeline split. Twilight Princess, however, occurs in just one timeline, called the "child" timeline. This timeline also includes Majora's Mask, the successor to Ocarina of Time on the Nintendo 64. You can rest easy now — the answer is finally clear.

Well, sort of. There are still plenty of questions about when, exactly, the game takes place. But knowing which timeline this Zelda adventure is set in is a good start.