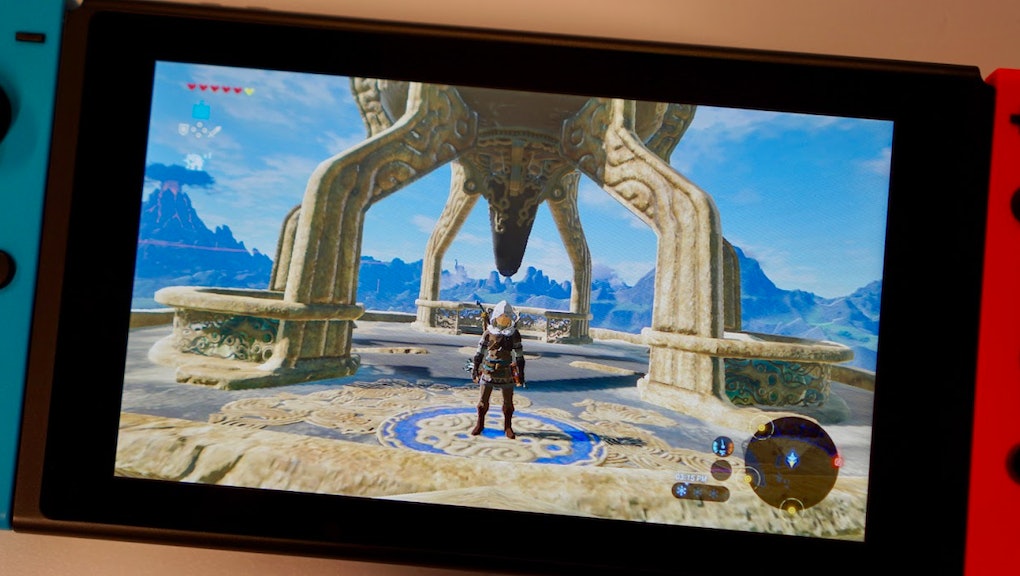 'Zelda: Breath of the Wild' Blacksmith Location: How to fix your weapons in the game

All the weapons and shields in The Legend of Zelda: Breath of the Wild, aside from the Master Sword and a few others are breakable. Rumor has it you can repair your weapons by feeing them to an Octorok, whereupon they'll come out at full strength again — but we haven't been able to confirm this firsthand. Thankfully, the game is not completely without mercy, and there are a few blacksmith-like characters that can replace certain weapons and shields, but not without a lot of work on your part.

If you'd like to know more about blacksmiths in Zelda: Breath of the Wild, read on below.

Zelda: Breath of the Wild blacksmiths: Where to find the Zora blacksmith Dento

Although we've previously covered how to get the ceremonial trident, it's unique in that it's one of two weapons that the Zora blacksmith Dento will offer to repair for you. It's a little costly, but it's doable.

According to FantasticalGamer on YouTube, you can reach Dento the blacksmith by going to the lowest level of Zora's domain. You'll find him on the righthand side as far as you can go past the general store. Look for the Goron and you should see Dento hunched over his forge. Unfortunately, he blames Hylians for the death of Mipha, the Zora champion, and won't give you the time of day.

In order to get Dento to repair the ceremonial trident and its counterpart, the Lightscale trident, you'll have to cleanse the divine beast Vah Ruta first. Once you've done that, you'll be treated to a ceremony in which the Zoras acknowledge you as a champion and award you with the lightscale trident.

Once you've done this, Dento will warm up a little bit and offer to make you a new Lightscale trident or ceremonial trident should yours ever break. It's not really worth it to use it on the Lightscale trident since Dento requires five flints, a diamond and a Zora spear to craft you another one, as opposed to just five flints and a Zora spear to remake your ceremonial trident.

It's a pricey proposition, but being able to get a basically free spear is a pretty good deal. So make sure you save your flints if you're looking to repair your busted trident.

Zelda: Breath of the Wild blacksmiths: How to replace your Hylian shield at Tarrey Town's secret vendor if it ever breaks

So you can find the Hylian shield in the Hyrule castle lockup, and it's the strongest shield in the game. Unfortunately, it's not technically indestructible despite what you've heard, so there's a chance you can lose it — permanently. The good news is there's a way to repair it, or at least find a new one.

The easiest (but most time-consuming way) according to VG247 is to use your Breath of the Wild Zelda amiibo to spawn a chest containing a shield. There's a chance when you use this amiibo that a chest with the Hylian shield will spawn, but it's random and pretty time consuming.

Just as time consuming, but more easily exploitable, is to build up Tarrey Town. According to reports from Gosunoob and YouTube account BeardBear, if you build up Tarrey Town by completing the "Hylian Homeowner" and "From the Ground Up" quests, a secret vendor named Granté will appear in town.

Granté is unique in that his stock consists entirely of items you've already found. He's super handy if you accidentally sold a piece of an outfit that you can't rebuy or if you accidentally destroyed your Hylian shield by surfing down mountains on it because you thought it was unbreakable. He'll only restock the Hylian shield once you've found it in the lockup though, and it'll cost you 3,000 rupees. Still, it appears to be the only other way to get a new Hylian shield if yours breaks.