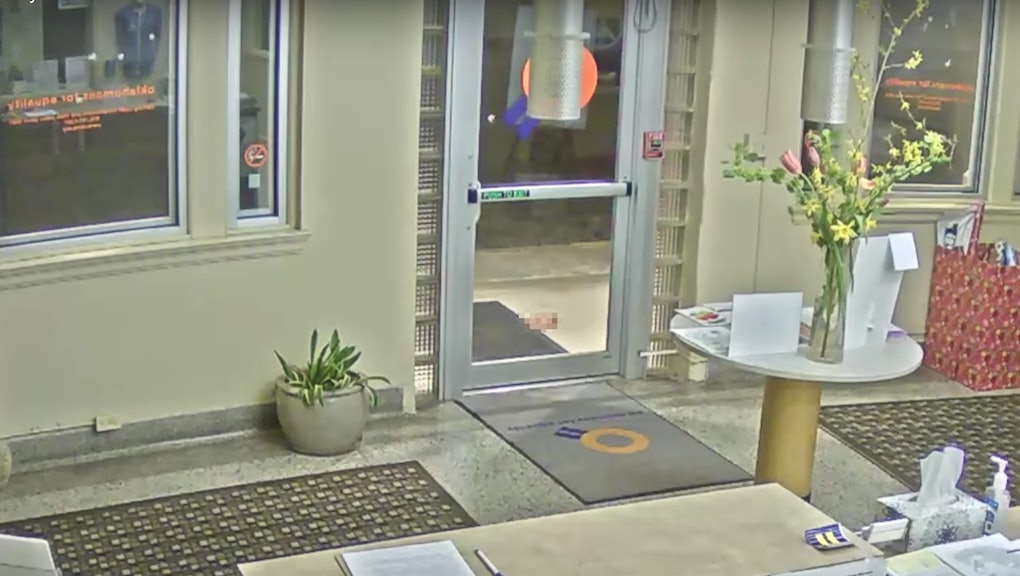 Oklahomans for Equality center shot at, subjected to verbal harassment on the same day

On Monday, staff at the Dennis R. Neill Equality Center — which includes the office of Oklahomans for Equality in Tulsa, Oklahoma — found marks left by 13 gunshots on the edifice's windows and front door, the Gayly reported.

Oklahomans for Equality shared video of the incident on YouTube. The 17-second clip shows a white car passing the office and marks appearing on the doors and windows as bullets impact the glass. According to the Gayly, the office was open for work the day after the shooting.

After the initial shooting incident Monday, an unknown man walked into the office and began verbally harassing the front-desk crew, Tulsa World reported.

Executive director Toby Jenkins said that the staff is used to verbal harassment or even bomb threats over the phone after any kind of LGBT-related news story breaks in Oklahoma, but they had never had someone come to the building to spew verbal abuse.

"He walked in the door and started cussing us out, 'I hate faggots, I hate dykes. I wish you would all die. I wish I'd never fought for your freedoms,'" Jenkins said the man, who identified himself as a veteran, yelled at staff. "It was so crazy and so brazen that I thought it was like a little joke."

Jenkins said the election has seemed to "empower" bigots and "those who hate people that are different."

"It seemed like it made them lose their ability to interact civilly with one another," Jenkins said. "It was concerning to us for several months."

He added that, after hearing reports from crisis callers that they had been verbally harassed in public, he feared vandalism and violence would be next.

"Now I'm concerned," he said. "Did they now decide that it's acceptable for them to damage our property and then walk into our house and cuss us out?"

In a statement to Tulsa World, Geoffrey Brewster, Oklahomans for Equality board president, said he was "sickened, yet not surprised" by the shooting.

"They are the latest reminder of the deep-seated hatred some individuals have towards the LGBTQ community," he said.

Tulsa's center is not the only LGBTQ center to be the target of vandalism and violence in recent days. On Saturday, the Garden State Equality Center's front door was kicked in a random act of vandalism, while vandals smashed a window at the Orlando Equality Florida office in February.