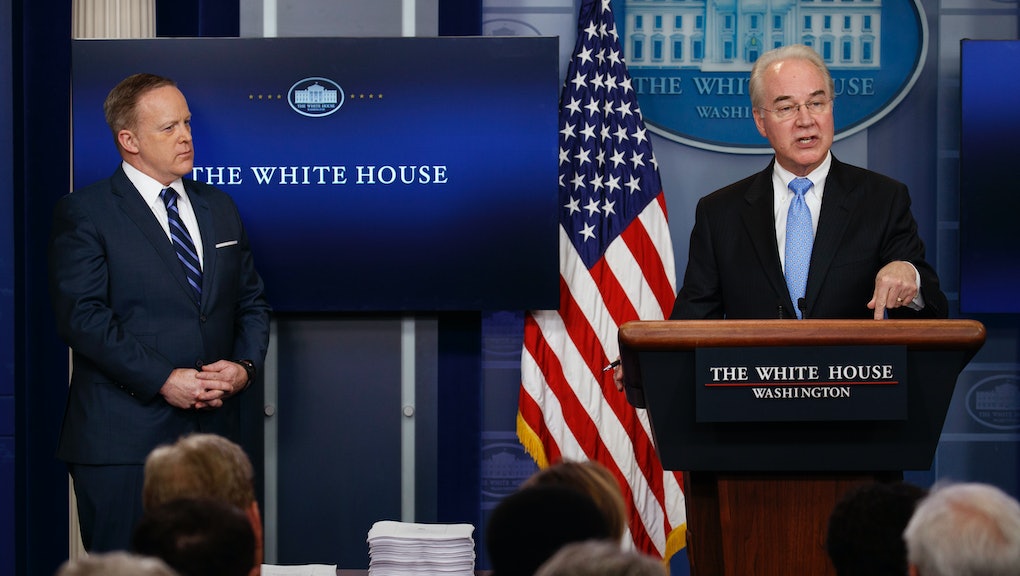 At Tuesday's White House press briefing, the Trump administration trotted out Health and Human Services Secretary Tom Price to defend the GOP's new health care bill. But less than a minute into his comments about the state of our health care system, the new health secretary was already raising some eyebrows.

"Medicaid is a program that by and large has decreased the ability for folks to gain access to care, and we want to make sure we address that," Price said.

Medicaid is a system of government-sponsored health care available to people with low incomes or who are disabled. The idea that care the government provides at low cost to those who otherwise could not afford it has "decreased the ability of folks to gain access to care" is puzzling to say the least.

Some progressives have accused Republicans of using the phrase "access to care" as a kind of public-relations-minded synonym for people who have to purchase health insurance on the private market because it isn't provided by either the government or their employer.

Price's comments on Tuesday appears to affirm Sanders' contention about the meaning of the phrase. If someone who has health care provided to them through Medicaid lacks "access" to health care, then access is something fundamentally different from having health care.