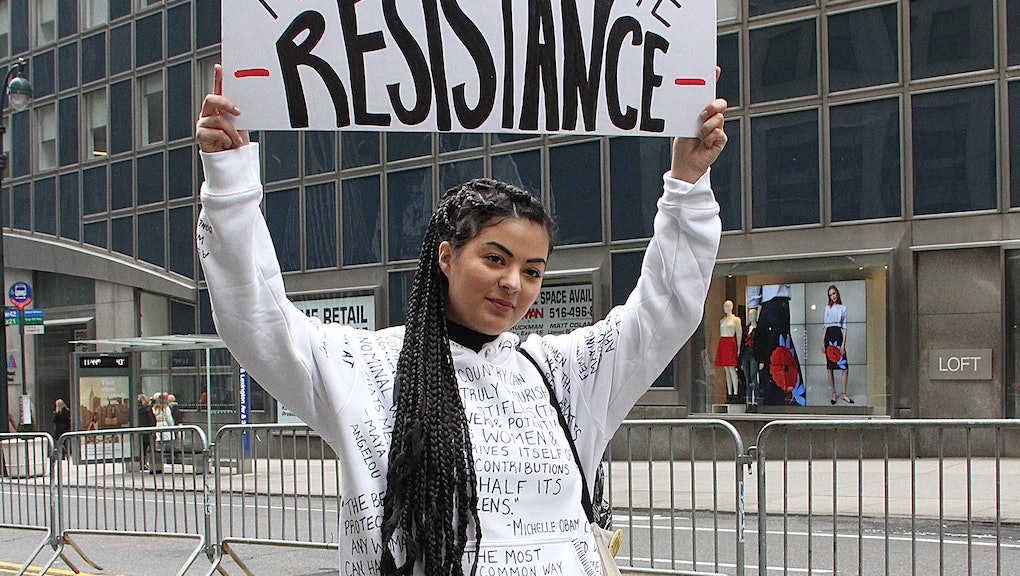 Can I get fired for going on strike? Your legal rights on A Day Without a Woman, explained

On International Women's Day Wednesday, women across the country will take part in the national A Day Without a Woman strike.

According to the official website, the strike is intended to encourage women to "act together for equity, justice and the human rights of women and all gender-oppressed people, through a one-day demonstration of economic solidarity" by striking from paid and unpaid labor, shopping only at small, women-owned and minority-owned businesses and wearing red in solidarity.

Here is what you need to know to participate:

How do I tell my employer I'm striking?

Organizers have created a form letter for participants to inform their employers they are striking:

They have also created a template "Out of Office" email to use if you aren't in the office for the day.

What are my rights — and could I lose my job?

The right to strike is protected under Section 7 of the National Labor Relations Act, which allows employees to engage in "concerted activities for the purpose of collective bargaining or other mutual aid or protection." But it isn't entirely clear if that protection applies to general strikes like A Day Without a Woman on Wednesday.

In February, some immigrants who participated in the similar A Day Without Immigrants strike found themselves out of a job, with employers citing company policy against no-shows.

"The scope of what falls under that [National Labor Relations Act] umbrella is quite broad," Garden said. "So it is likely that some forms of worker protest about the likely effects of Trump administration policies on immigrant workers would be protected. But that protection would not necessarily include every tactic that workers might use."

David Rosenfeld, a partner at Weinberg, Roger and Rosenfeld in California and an expert in labor law at Berkeley Law, said it's wise for those considering striking to get familiar with their employer's handbook. The fate of your job very much depends on the policies of the employer.

"Some employers have a rigid policy that you need to show up to work or else," Rosenfeld said in an interview.

Which is to say some could face repercussions for participating in the strike if their companies have such policies. So unless you're prepared to dust off your resume and hit the job boards, do your homework first.

Can I still show my support even if I can't strike?

According to organizers, wearing red in solidarity is a way to show support for women who are striking. Organizers also urge businesses to participate by closing for the day or giving their female employees the day off and to review their company policies that impact women and families. Additionally, they urge men to participate by taking up a broader role in supporting women and advocating for them.

The organizers acknowledge some women will not be able to participate in the strike and say they will protest on their behalf.

"We strike for them," the organizers wrote.