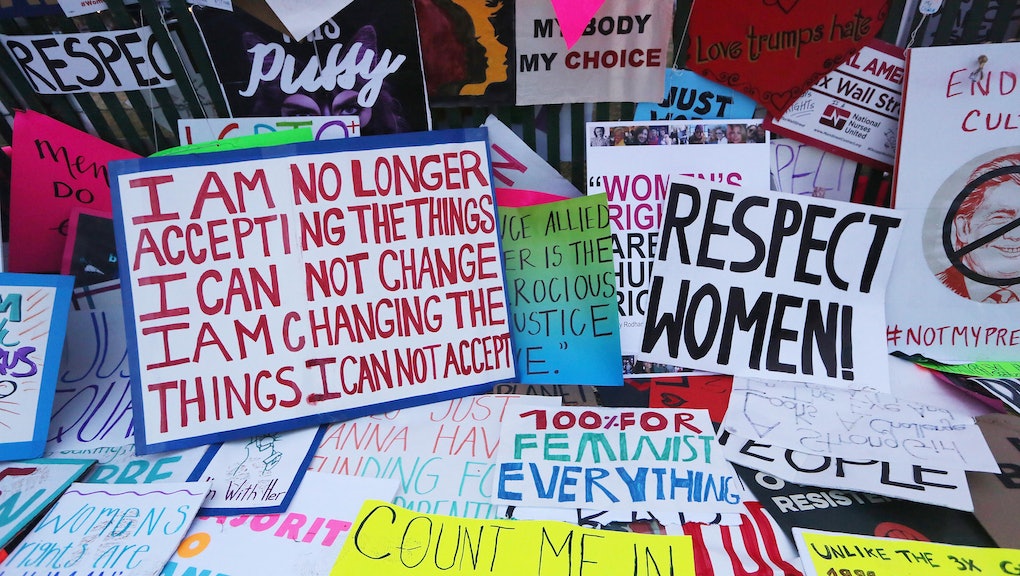 Can’t miss a day of work? Here’s how you can still participate in the women’s strike.

With women poised to strike on Wednesday, schools around the United States are closed and businesses are preparing to weather a day without at least some of their employees. But what about the women and allies who, for whatever reason, can't strike?

This International Women's Day will see two massive events: the the International Women's Strike and A Day Without a Woman, the latter of which was conceived by the organizers of January's Women's March. Both strikes encourage women to take the day off from paid and unpaid labor and participate in demonstrations instead.

Of course, that just isn't possible for everyone. Many folks just can't afford to risk losing their jobs or to give up a day's wages. Thankfully, there are ways to participate without staying away from work or school.

Here's what you need to know:

If possible, avoid spending any money

The organizers of A Day Without a Woman acknowledge that not everyone can take part in the same way. One of the ways they suggest participating is to avoid shopping at stores or online for the duration of the day, with the exception of "small, women-owned and minority-owned businesses that support us."

If you can avoid it, don't do any housework either

Organizers of the International Women's Strike suggest strike participants should "leave care and housework for the day," if they can. Research has shown that, in straight couples, women are overwhelmingly expected to do stereotypical duties like childcare, cooking and laundry.

Organizers of a Day Without a Woman and the U.S. branch of the International Women's Strike are also asking people to participate in the day by wearing red, if they can. Red was chosen as the day's official color because, according to A Day Without a Woman organizers, it symbolizes "revolutionary love and sacrifice" and "is the color of energy and action associated with our will to survive."

Give a caregiver the day off

If you or your household employ any women as a caregiver, nanny, babysitter or housekeeper, give them Wednesday off.

A Day Without a Woman organizers also provided a handy list of ways male allies can step up their game on Wednesday (or any day, really).

Emotional labor and care-taking duties often fall to women, so organizers suggest that male allies use Wednesday as a chance think extra hard about small duties that might usually be done by women, like cleaning up after a meeting at work or staying home to care for children. Wednesday is also a great day to call out unequal pay in the workplace.

There are lots of ways to participate in Wednesday's strike — and no one way of participating is more valuable than any other, A Day Without a Woman organizers stressed.

"Everyone has a role to play," they wrote on their FAQ page.