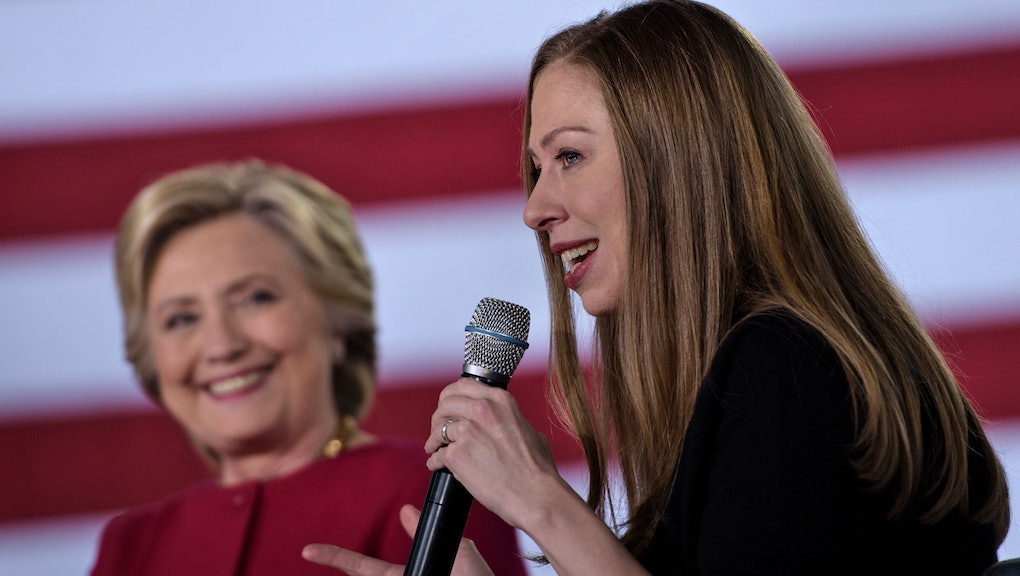 That's right, a spinach pancake, not a crepe.

In a follow up post, Clinton explained just how this happened: "We +puréed spinach which we blend after steaming to our regular pancake recipe but with a little less mix-Hope that makes sense!"

While Clinton's intentions might have been noble — spinach is really, really healthy — there was never really any chance the rest of Twitter would respond with anything but torches and pitchforks.

Spinach pancakes, it was near-universally agreed, are an abomination, perhaps even a crime against nature itself.

The negative feedback just kept rolling in with no end in sight, really.

That said, some brave souls did rally to Clinton's defense despite the withering storm.

Just another reminder that messing with beloved comfort foods — say, putting apples or mayo in guacamole, or dipping pizza in milk — remains one of the most efficient ways of drumming up some immediate internet outrage.