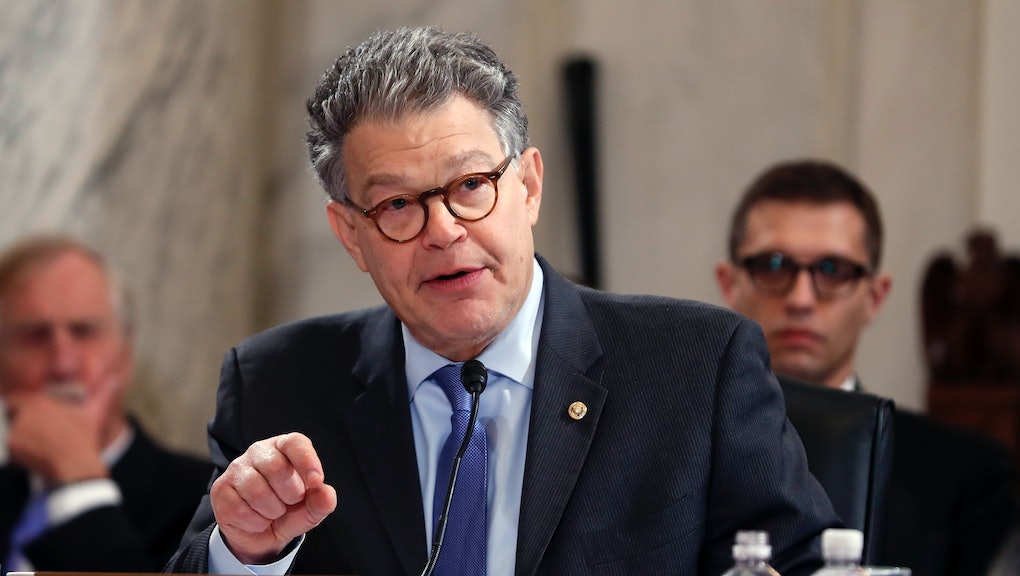 Senator Al Franken (D-Minn.) told CNN Tuesday night that Attorney General Jeff Sessions perjured himself at his confirmation hearing when he said he had no contact with "Russians" during Donald Trump's campaign.

"It's hard to come to any other conclusion than he just perjured himself," Franken said of Sessions, speaking on The Lead with Jake Tapper on Tuesday.

Sessions was caught up in a scandal last week after it came to light that he had met with Russian Ambassador Sergey Kislyak during the 2016 election, despite saying, under oath during his Senate confirmation hearing, that he "did not have communications with the Russians."

One day after the news broke that Sessions met with Kislyak, he recused himself from possible investigations into the Trump campaign's connections to Russia. But still Sessions has denied any wrongdoing, and on Monday, he delivered "written responses" to the Senate Judiciary committee, CNN reported, that stated he did not answer questions falsely during his hearings.

Franken, who was the one to ask Sessions about contact with Russians during the confirmation hearing, called Sessions' letter to the committee a "ridiculous response" and "not a clarification at all."

Franken also said Sessions should appear before the committee again. And he isn't alone in saying that fallout from these revelations isn't over — so far, more than 100 senators and representatives have called for Sessions to resign.