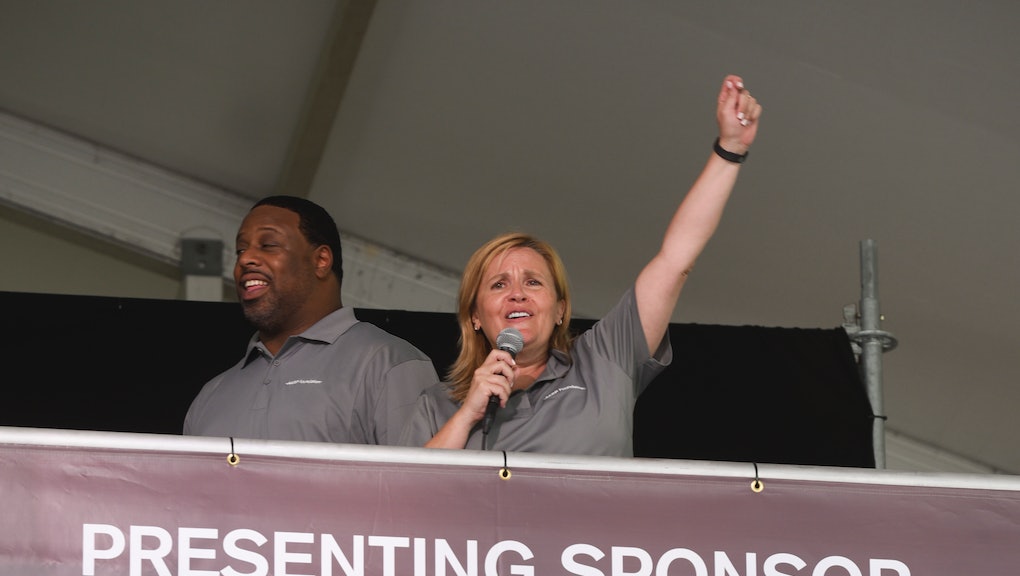 Two major interest groups with sway among Capitol Hill lawmakers have come out forcefully against the GOP's newly released health care plan, saying the bill could lower the quality of health care or even put it out of reach for many low-income Americans.

On Tuesday night, the AARP came out against the bill, saying it will increase costs to Americans aged 50 and older by thousands of dollars per year.

"Before people even reach retirement age, big insurance companies would be allowed to charge them an age tax that adds up to thousands of dollars more per year," AARP executive vice president Nancy LeaMond said in a statement. "Older Americans need affordable health care services and prescriptions. This plan goes in the opposite direction, increasing insurance premiums for older Americans and not doing anything to lower drug costs."

And on Wednesday morning, the American Medical Association — the largest association of physicians in the United States — sent a letter to Congress opposing the bill, calling it "critically flawed" and saying it would "have an adverse impact on patients and the health of the nation."

"While we agree that there are problems with the [Affordable Care Act] that must be addressed, we cannot support the [American Health Care Act] as drafted because of the expected decline in health insurance coverage and the potential harm it would cause to vulnerable patient populations," James L. Madara, CEO of the AMA, wrote in a letter to Congress.

Both groups have sway among lawmakers, and their opposition could cause even more heartburn for Republican lawmakers — many of whom have already expressed concern with the bill.

On top of opposing the bill, the AARP also released eye-popping estimates for how much the GOP's plan would cost seniors below Medicare eligibility.

Under the ACA, insurance companies can only charge older enrollees three times more than younger ones.

Because the GOP's plan allows insurance companies to charge older enrollees five times more than younger Americans, the AARP estimates costs for those aged 55 and older to go up thousands per year.

Those skyrocketing costs for older health care enrollees, as well as the AARP's opposition to the GOP's plan, could put the entire bill in jeopardy.

The group — which says it counts nearly 38 million people over the age of 50 in its ranks — represents the most active voting bloc in the country. Losing that age demographic could spook Republicans enough to abandon the plan altogether.

It's the latest kink in the Republican Party's botched roll out of the legislation they've been promising for seven years.

Still, President Donald Trump warned his party not to vote against the bill, telling GOP members they could face an electoral "bloodbath" if they don't succeed on health care, according to CNN.