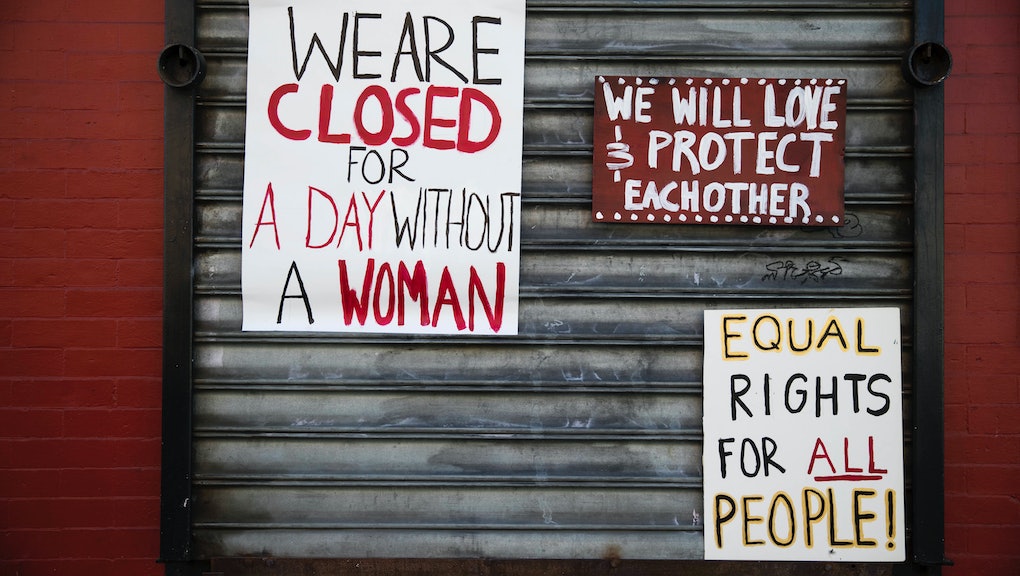 Powerful images of women showing up — and staying home — for #DayWithoutAWoman

There's no one way to participate in A Day Without a Woman.

As women across the country went on strike, their male colleagues were forced to reckon with their absence or close up shop entirely. Some women took to the streets for rallies and protests, while those who had to go to work wore red in solidarity. Meanwhile, many women-owned businesses stayed open and would be the only places women spent their money Wednesday.

Here's what a Day Without a Woman looks like so far:

"You know I'm automatically attracted to beautiful — I just start kissing them," Trump said on the tape. "It's like a magnet. Just kiss. I don't even wait. And when you're a star they let you do it. You can do anything. ... Grab them by the pussy. You can do anything."

For the most part, the posters have since been torn down.

One block over, hundreds of protesters marched in the streets, converging near Trump Tower.

Students on college campuses across the country held their own rallies:

Residents of Brunswick, Maine — decked out in red — gathered Wednesday to hear inspiring stories about women.

The staff of an Ohio bookstore turned all male-authored fiction and poetry books backward to draw attention to a troublesome gender gap while spotlighting women's voices and contributions:

And, for good measure, there's this: