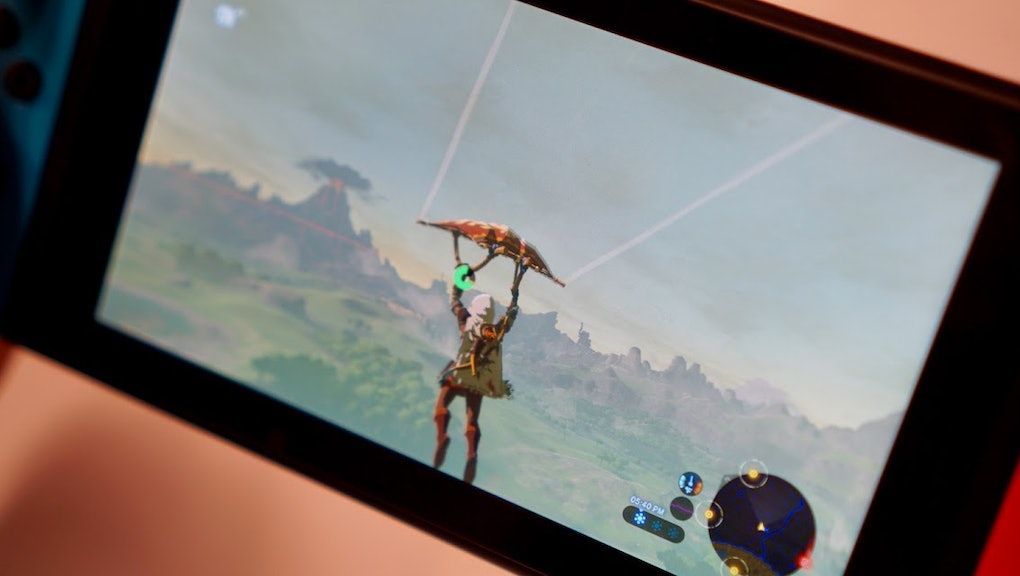 'Zelda: Breath of the Wild' Lost Memories Location Guide: Where to find all of them

The Legend of Zelda: Breath of the Wild generates tons of stories for each player using its dynamic, physics-driven open world. That said, there's an actual story in the game that's well worth seeing if you want to be invested in what's going on. To unlock that story, you'll need to locate Link's lost memories through the game.

Because of Breath of the Wild's open-world design, much of the story is hidden in optional content, which means you'll have to track down those lost memories. Here's how to do it.

Zelda: Breath of the Wild: How to retrieve lost memories

Early in the game, Impa gives Link a quest to recover his lost memories by visiting locations around the world shown in photographs taken by Princess Zelda. Instead of putting waypoints on the map, the game makes you suss out where each location is based on the photos.

If that doesn't sound fun, that's where our guide comes in. I went and found each location on my own, but must give props to Nintendo Insider for some of the information used here. Before you get started, it's easiest to activate the Sheikah Tower in each memory's general location so you can consult your map. In fact, it may be easiest to just activate all of them and learn the world first.

This one could be somewhat difficult to get early in the game, as it's smack-dab in the middle of dangerous territory outside Hyrule Castle. However, you can sprint there, grab the memory and warp out if you so desire.

It's directly south of Hyrule Castle in the area labeled Sacred Ground Ruins on the map, assuming you've activated the tower in the area. It's easy to pinpoint but could be tough to get to, considering there are Guardians roaming about.

Zelda: Breath of the Wild lost memory 2: "Resolve and Grief"

This one is easy. It's on the western shore of Lake Kolomo, just north of the Great Plateau, where the game starts. If you run along the western side of the lake and consult the photo in your album, you'll have no trouble finding it.

This memory is directly outside a shrine in the Ancient Columns area of Tabantha, in the west side of the map. The shrine is fairly easy to spot from any high points, but you can also consult your shrine tracker if you're close enough. Once you've found it, you've also found the memory.

Zelda: Breath of the Wild lost memory 4: "Blades of the Yiga"

This one is easy to find in the course of the main story, as it's in the Kara Kara Bazaar in the Gerudo desert. You'll need to come here to finish the dungeon in this part of the world anyway. The memory is on the northeastern side of the pond in the oasis.

Zelda: Breath of the Wild lost memory 5: "A Premonition"

If you've activated the Woodland Tower between Hyrule Castle and the Lost Woods, warp there. You'll want to paraglide off the eastern side into the mountains to find this memory. It's roughly at the midway point between the Military Training Camp and Goronbi Lake on the map. If you look at the photo, you can use the river as an easy reference point for both height and positioning.

There's a sort of U-shaped patch of water northwest of Hyrule Castle and southeast of Salari Hill. If you head there, you'll see the tree in the photograph and should be able to find the memory pretty easily.

Zelda: Breath of the Wild lost memory 7: "Shelter from the Storm"

This one is directly between Scout's Hill and Deya Lake, on the western side of the Hylia River. This is all east of the Great Plateau, making it fairly easy to get to from the game's starting point.

Zelda: Breath of the Wild lost memory 8: "Father and Daughter"

This is probably the hardest memory to retrieve, at least until you've completed a couple of dungeons and gotten some good gear. That's because it's in Hyrule Castle itself, where the game ends. However, you can run around the castle without triggering the endgame as long as you don't go to the room where Ganon is hanging out.

If you look at the castle on the map, you'll notice there are four towers with bridges extending to them on the castle. You want to get to the northwestern tower, where the memory is sitting on the bridge. If you approach the castle from the north, you can pretty easily paraglide and climb your way to this tower. You'll have to avoid the gaze of a few guardians, but I did this in about 15 minutes without dying — there's plenty of cover and enough resting points to recover stamina.

In Akkala Valley to the east of Death Mountain is an area called the Spring of Power. The memory is in the spring itself; you can't miss it if you actually go there.

Zelda: Breath of the Wild lost memory 10: "To Mount Lanayru"

This one can be easily accessed from near the starting area. If you just follow the road north from Safula Hill in west-central Hyrule, you'll see the horse statue you're looking for.

If you look on the map to the west of Mount Lanayru, you'll see a body of water in the mountains that looks a bit like the Texas Longhorns logo. If you travel to what would be the tip of the eastern "horn," you'll find the Lanayru Road East Gate from the photo, which acts as the entrance to Naydra Snowfield.

If you look at the Bottomless Swamp in east-central Hyrule on the map, you'll notice a small forest on its northeastern edge. Run through this forest and you'll find the memory in no time. Make sure it's the forest on the same side of the river as the swamp — not the one on the opposite side.

Once you've found the first 12 memories, return to Impa in Kakariko Village. She'll reveal the location of one final memory.

Thankfully, this last one is pretty close to Kakariko Village. It's right in the middle of Ash Swamp, which sits to the south of Kakariko Bridge. There's something of a Guardian graveyard in the swamp; the memory rests near two deceased guardians, one of them slumped over on a rock.

Find out all there is to know about Zelda: Breath of the Wild, including what to expect from the Wii U version, where the great fairies are, how to preserve your items, how to beat bosses like the Stone Talus and Lynel, the best recipes for Link and how to take on the game's shrines.