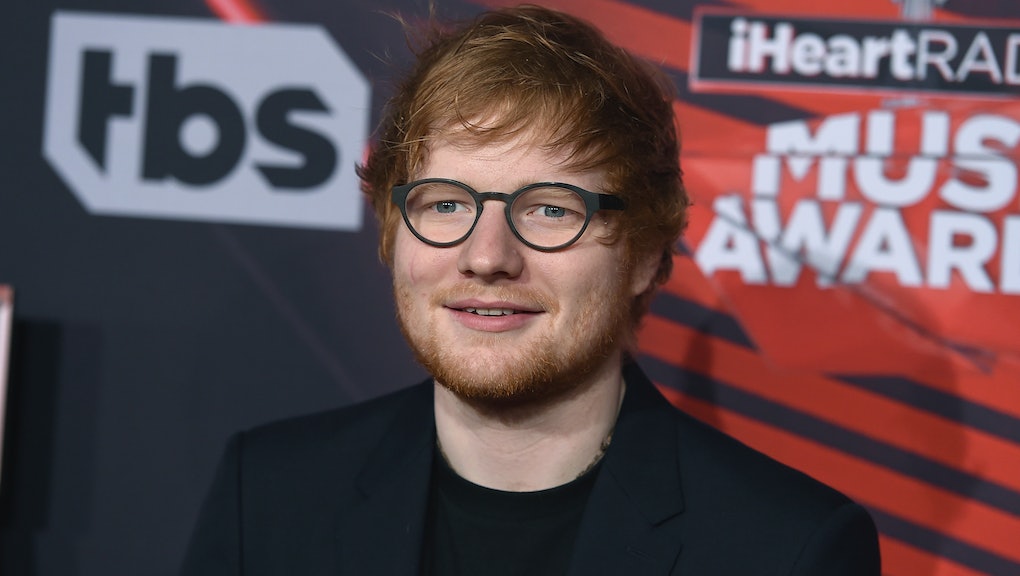 Singer Ed Sheeran will be hitting the road and touring 48 cities in North America this summer, he announced via Instagram Wednesday. Last week, the Grammy award-winning pop crooner released his third studio album Divide. Here is how to see Sheeran and his guitar will play popular cuts off the album, such as "Shape of You" and "Castle on the Hill," live in the coming weeks. There is no word yet on who will be opening for Sheeran during the tour.

Presale for the Ed Sheeran world tour begins Monday, March 13 at 10 a.m. in each city's respective time zone, according to Sheeran's blog. Fans have until Friday, March 10 at 10 a.m. Eastern to sign up for presale registration in order to get access to the early bird tickets. General sale begins on Friday, March 17 at 10 a.m. More information on how to buy tickets for specific cities can be found at EdSheeran.com.

Ed Sheeran will be kicking off his tour in Kansas City, Missouri, on June 29 and will wrap up his performances on Oct. 6 in Nashville, Tennessee. Below is a full list of tour dates, as shared via Sheeran's blog: