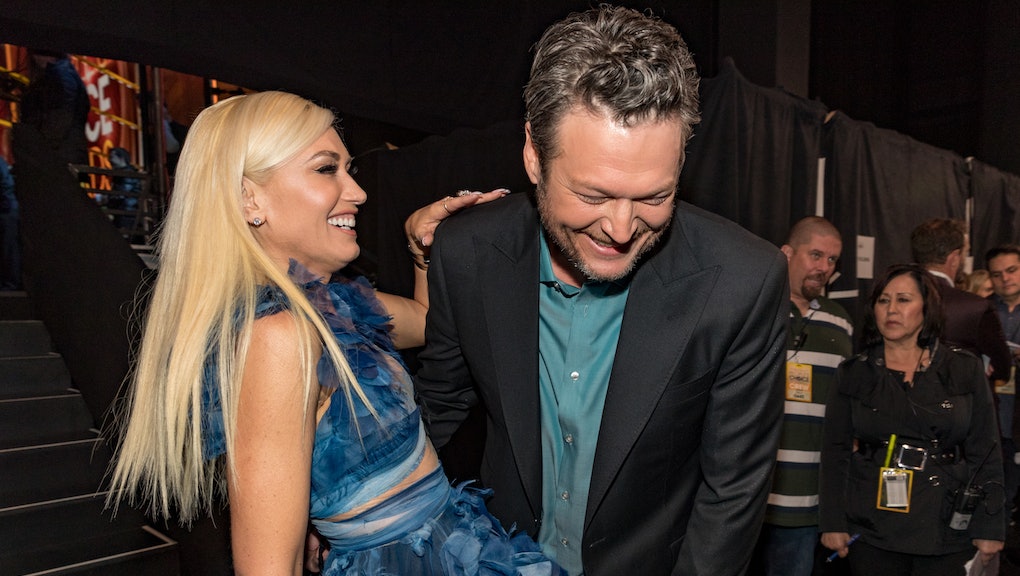 Gwen Stefani, Blake Shelton are playing up their romance for 'The Voice' — and we love it

The Voice is supposed to be a singing competition, but all eyes are on real-life couple Gwen Stefani and Blake Shelton. The two coaches, who found love after divorce while on the set of the NBC reality show, have been playing up their romance for the cameras — and we're loving every minute of it.

Stefani and Shelton star on the series alongside Maroon 5 frontman Adam Levine and singer Alicia Keys. While Shelton's friendly competition with Levine was previously the shtick to watch for, he's traded in the bromance banter for batting eyes at his lady. Throughout the season 12 blind auditions, Stefani and Shelton continuously giggle at each other and playfully go head-to-head to try to convince contestants to join their respective teams.

On Tuesday night, during week two of the blind auditions, Shelton even told Stefani that he doesn't like her — he loves her.

Twitter has taken notice of their adorable antics and seems to be fully supporting it.

The Voice airs Monday and Tuesday nights at 8 p.m. Eastern on NBC.