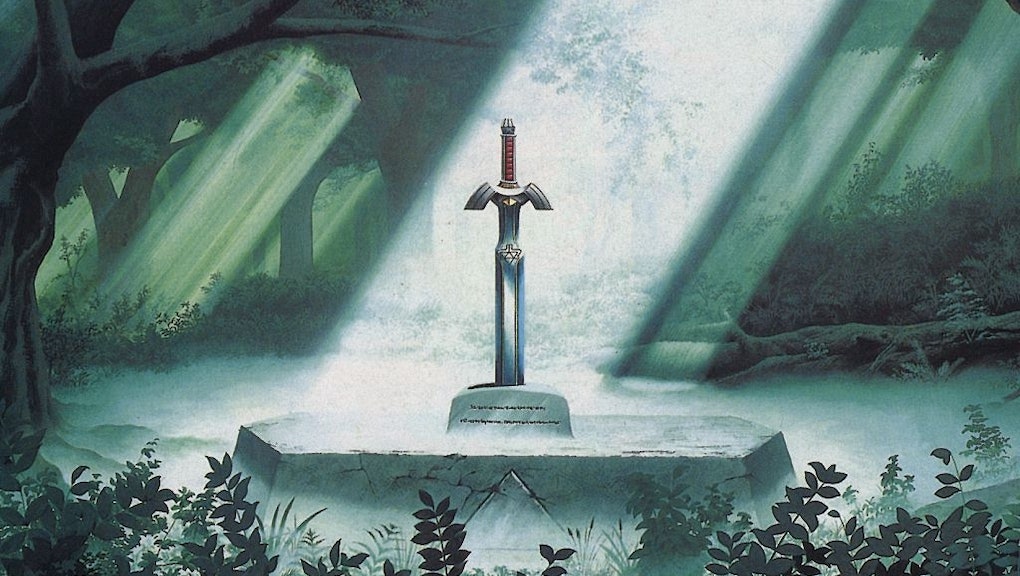 'Zelda: Breath of the Wild' Master Sword: My quest to get the unbreakable weapon

The Legend of Zelda: Breath of the Wild is a new approach to the series with an open-world design that gives players the freedom to create fun with their imaginations. That's all fine and good, but it's still a Zelda game and I still want the Master Sword. The Master Sword is awesome, and I needed to have it.

So I read just enough of our excellent Master Sword guide to find out what I needed to do and set out on my quest to recover the Blade of Evil's Bane. Here's the story of my quest to obtain the legendary weapon.

How I got the Master Sword in Zelda: Breath of the Wild

One of the most mind-blowing things about Breath of the Wild, from the perspective of a lifelong Zelda fan, is that getting the Master Sword is completely optional and can be done whenever you want. This flies directly in the face of series convention, as it's usually a pretty momentous occasion in the story of each Zelda game.

I used trial and error to get through the Lost Woods and find the Korok forest, which is a fun little wooded enclave where framerates go to die. I tried to pull the sword out and the Great Deku tree told me it would kill me to do that. Since the Master Sword is no good to me while I'm dead, I set off to do a million shrine puzzles until I got enough spirit orbs to increase my heart count to 13.

At this point, I had a few shrines I had marked on my map but not completed yet. After doing those, I set off to the forests and jungles of the southeastern portion of the game world. It's a gorgeous part of Hyrule that, curiously, is never used in the game's main story. I climbed some towers, solved a couple of shrines and even found an entire seaside village full of side quests to do.

It's a testament to Breath of the Wild that the game never funnels you to this area. I found it because I had set a goal for myself and took initiative in exploring parts of the world I had never seen before. This is a game where you can pick a direction, start running and expect to find tons of fun, bespoke things to do. Other games have done this, of course, but few have done it with the grace and beauty of Breath of the Wild.

In previous Zelda games, getting the Master Sword is a requirement. It's a reward for merely playing the game rather than a reward for adventuring. I found the Master Sword and collected enough heart containers to get it by embracing the game's guideless sense of wonder. It made the eventual moment when Link ripped the sword out of its pedestal and became the hero he was always destined to be feel more rewarding and downright emotionally charged than it ever has before.

Though I had a running checklist in my head about how many shrines I needed to complete to get the Master Sword, there wasn't a quest tracker updating me on my progress as I went along. I had set this goal for myself and did it in the way I wanted to do it. That's ultimately what makes Breath of the Wild so special, and a nearly perfect realization of the dream that was established in the original The Legend of Zelda.