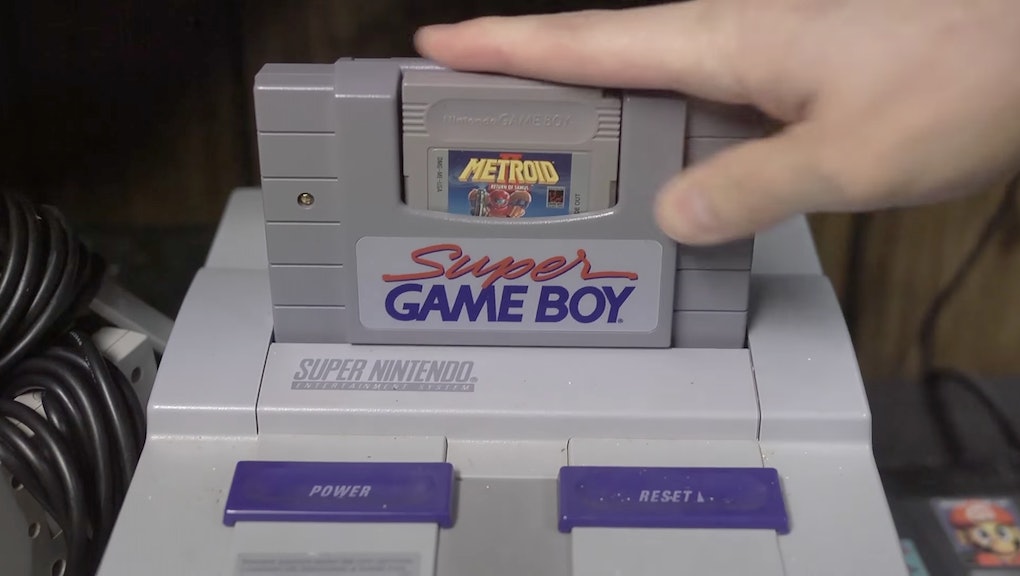 The Nintendo Switch almost feels like something out of the future: a powerful gaming tablet that seamlessly transforms into a home console by sliding into a plastic dock. It's an impressive feat of hardware engineering, but the concept behind the Switch isn't exactly new. In fact, it's something Nintendo has been testing with its products since as early as 1994.

If you're scratching your head and desperately trying to remember the gaming systems of the early '90s, it may come as a surprise that Nintendo actually offered some Switch-like functionality with the Super Game Boy.

The original Nintendo Switch: Super Game Boy on the SNES

All the way back in 1994, owners of the Super Nintendo Entertainment System were able to play their Game Boy games on their TV. At the time, it was a pretty impressive feature.

The Super Game Boy acted as a cartridge for the SNES that offered its own Game Boy cartridge slot. Putting a Game Boy or Game Boy Color game inside would allow you to play your game, save file and all, on your television. The Super Game Boy 2 even brought multiplayer support to the setup.

But, as noted by Christine Love on Tumblr, the Super Game Boy was a wasted opportunity, if only because not every Game Boy game supported it. Nintendo seems to be doing a better job avoiding this kind of fragmentation with the Switch, though we've already seen one game that only works in handheld mode. Hopefully, that one exception doesn't become a recurring theme for the console.

Based on Nintendo's history, it's already clear that the company has been expanding on its Super Game Boy concept over the years.

Game Boy Player on Gamecube in 2003

The Nintendo 64 didn't have a solution to play portable Nintendo games on your home console, though the Transfer Pak supported Pokémon games if you had Pokémon Stadium 1 or 2. Nintendo's next console, the Gamecube, brought the old feature back with its Game Boy Player.

The Game Boy Player was released in 2003 and brought support for Game Boy Advance games to the Gamecube. Even though GBA cartridges were smaller than Game Boy ones, the Game Boy Player took up more space than the Super Game Boy — it's that big black thing under the console in the image above. Not quite as sleek as the Nintendo Switch setup.

Nintendo's wanted to pull a Switch for years

Nintendo has been working on many of the Switch's key feature for a while. The company even dreamed up a similar concept in an early prototype of the Wii U's GamePad.

In addition to slapping two remote-like controllers onto either side of a tablet, Nintendo's clearly been fascinated by the idea of playing handheld games on a TV for decades. It just so happens that the company finally got its act together in 2017 with the Switch. We're still missing features like 4K support, but considering how far the company has come, we're definitely not complaining.