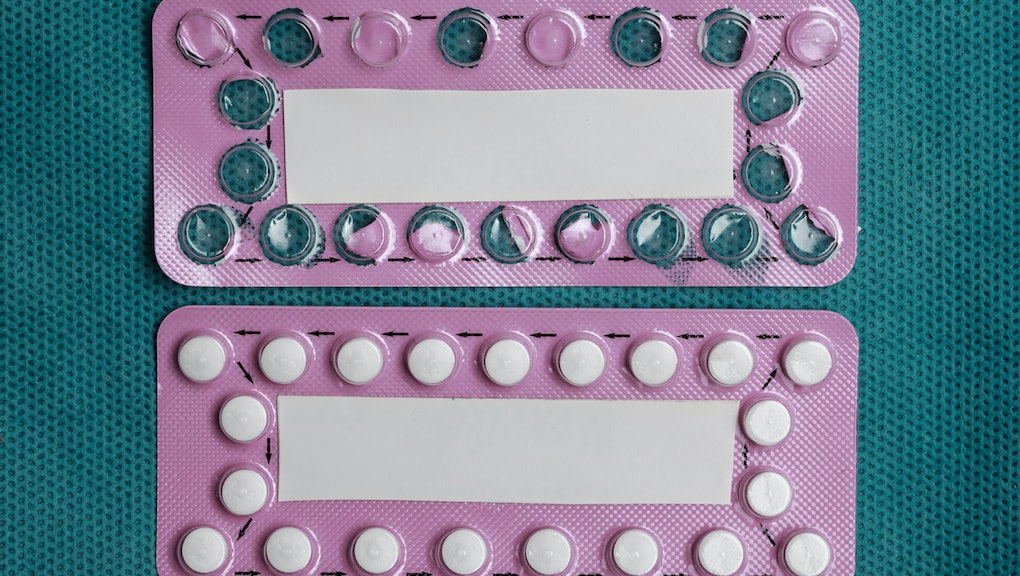 A new study from Child Trends commissioned by the Planned Parenthood Action Fund found that if every woman in the United States had access to the most effective birth control possible, it could save as much as $12 billion a year in health care costs.

The domino effect goes like this: A lack of access to birth control means more unwanted pregnancies. More unwanted pregnancies usually lead to "negative pregnancy-related behaviors," like smoking during pregnancy or delaying prenatal care, researchers wrote. And these negative behaviors, in turn, create poor health outcomes for both mother and child, which ends up costing billions in public health care dollars.

As it stands, this sequence of events is fairly standard in the U.S. According to the study, only about half of sexually active women ages 15 to 39 received family-planning services in the past year, which researchers said could imply any number of things — the first being that there are barriers, financial or otherwise, in place preventing women from accessing clinics, birth control itself or education about the effectiveness of contraceptives.

In order to imagine a universe where every woman in the U.S. has access to birth control, researchers used a microsimulation model that extrapolated the contraceptive use of women at 20 Planned Parenthood clinics to the entire country's population.

After making a few adjustments, researchers found the unintended pregnancy rate for women ages 15 to 39 fell by 64%, the unintended birth rate by 63% and the abortion rate by 67%.

It's long been known that access to contraception has a significant impact on the rate of unwanted pregnancies and abortion —and we've even been able to see for ourselves that it's true. According to a January report from the Guardian, in 2014, the U.S. saw the lowest abortion rates since the Supreme Court's landmark Roe v. Wade ruling.

Of course, Republicans in Congress continue to go to great lengths to make it harder for women to access birth control in spite of the overwhelming statistics, and in spite of the danger to women's health and wellbeing. But if nothing else, perhaps the promise of a hefty $12 billion health care bill will put some things in perspective for them.