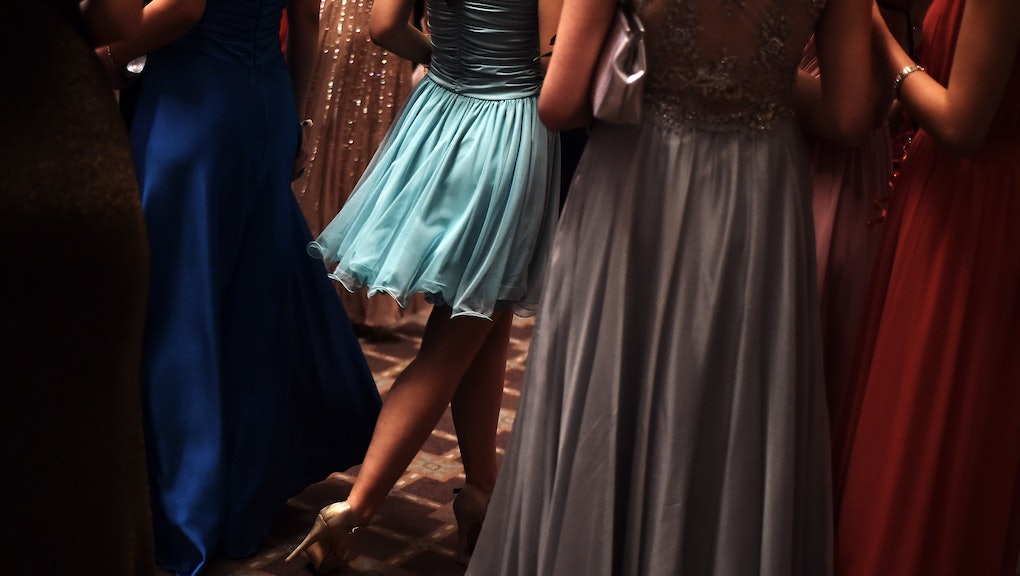 Another prom season, another slew of schools issuing highly detailed and sometimes problematic guidelines for what its female students can and cannot wear to what has been long-promised to be the best night of their lives.

Usually in prom dress codes, cleavage is the touchy subject; sometimes it's the length of the dress. So what do you think would happen if a school issued a 21-slide presentation outlining the prom dress code, and commented on how a young woman's body type might affect what they're able to wear?

Yeah, it's not going to go over very well.

At Boylan Catholic High School in Illinois, students were indeed presented with a 21-slide presentation that outlined what was and wasn't acceptable for boys and girls to wear.

To compare, 15 slides of this 21-slide presentation are focused on what the young women can and cannot wear. Two slides are dedicated to the young men, who are offered just one sentence and four pictures to show what would be appropriate.

But more than just the obvious increased attention on what the girls are wearing, the school interjected a line that has many accusing the school of body shaming.

"Some girls may wear the same dress, but due to body types, one dress may be acceptable while the other is not," the guide reads.

In a report from CNN, when the girls were presented with this presentation at the school, not only did they boo it, but they took particular offense to that very line.

According to Alex Symonds, a senior student at Boylan, a Boylan teacher said: "One girl wearing one dress is not the same as another girl wearing the same dress," to which one of her schoolmates said: "That's body shaming."

The dress code itself is so detailed and strict, with restrictions on how much skin can be shown, how much leg can be shown and how high a neckline must be, that there is already talk on Twitter of having a prom outside of Boylan this year.

However, according to the president of Boylan Catholic, Amy Ott, the dress code isn't new. Though it is expanded, Symonds told CNN. Last year, it was just a word document. This year, there are several slides showing examples of dresses that would and would not be appropriate.

"As a private Catholic high school, we adhere to teaching our students moral values which include modesty," Ott told CNN. "We want all students to feel beautiful in what they wear while also adhering to our values as a Catholic school."

But of course, in 2017, a school just may have a harder time convincing its students that augmenting a dress code for differently shaped young women could be considered a value at all.