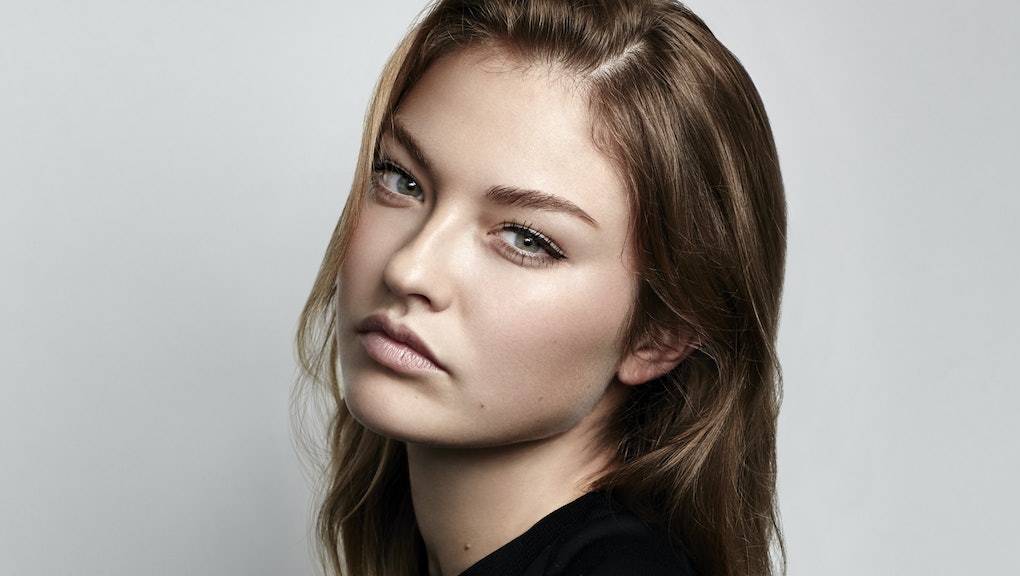 India Gants, the 20-year-old marketing and promotions employee from Seattle, is the winner of the 23rd season of America's Next Top Model.

The purple-haired beauty's victory took her by surprise. She scored a $100,000 deal with Rimmel London, a one-year talent contract with VH1 and a fashion spread in Paper magazine. So it's time to get to know the woman the fashion world will now be seeing on a regular basis.

How she became a model

Gants said she never thought about modeling — in fact, she wore "really dorky glasses" as a teenager — but after a classmate told her she was beautiful, her perspective changed.

The ANTM cast helped her

"Being on the show, these girls really helped me with my body image oddly enough," Gants told People. "I've been in the modeling industry for a while now, and my definition of beauty was just totally skewed by being in the industry so long."

According to Gants, contestants on the show praised women of all different shapes and sizes. "They actually really helped me with embracing things about myself that maybe I didn't like as much beforehand," Gants said.

She made friends on ANTM

Gants, who said she didn't have a lot of female friends when she first started the show, ended the season with "lifelong girlfriends." "The girls are really sweet and they're lifelong friends of mine, even though it may not appear so on the show," she told People. "They're all good girls."

She generously gives back

While being interviewed by Seattle television station KING, Gants said she used her exposure on the show to help run a charity fashion show in Seattle. The event raised $16,000 for Kiwanis Camp Casey, a summer camp for children with physical disabilities. Gants volunteered at the camp as a teenager.