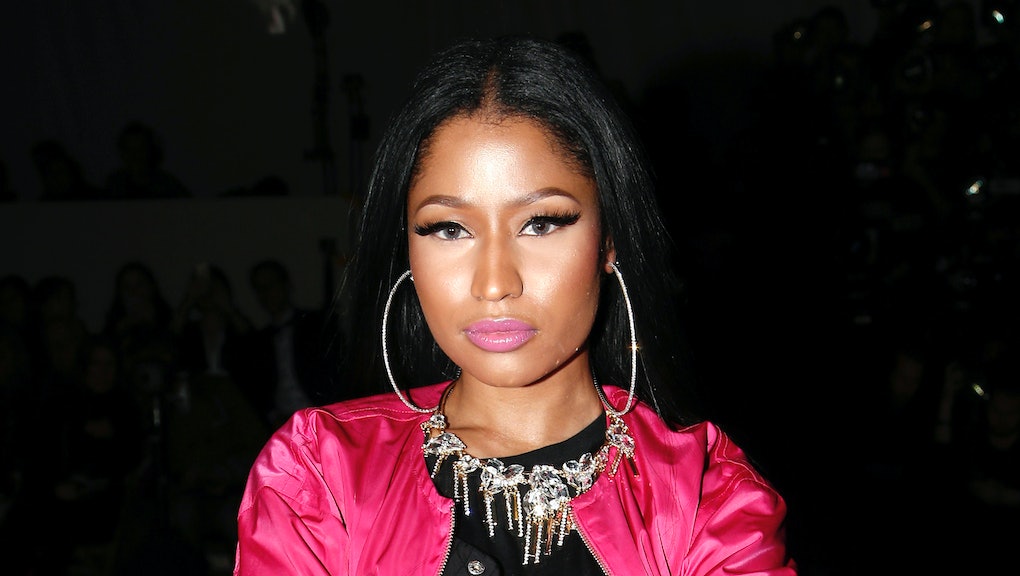 What a year it's been for Nicki Minaj — and it's only March. The rapper has already made headlines for her breakup with rapper Meek Mill, her beef with Remy Ma and a revealing outfit she wore during Paris Fashion Week. But now the rapper is gearing up to get back to music, and all signs lead us to believe her tunes could be released as early as Friday.

Rumors are also circulating on Minaj fan accounts that she has a track dropping Thursday night called "Frauds," featuring Drake and Lil' Wayne. This has not been confirmed by Minaj herself.

Nicki's Instagram also hinted that new music would be surfacing soon. A week ago, Minaj posted photos from a video shoot she was filming alongside rapper Future. Minaj is not featured on Future's new albums HNDRXX or Future, so if this video shoot is for a song, it's likely to be Minaj's own record.

After splitting with Mill just after the New Year, Minaj confirmed on Twitter she would be focusing on her music and sharing it "really soon."

We last heard new Minaj bars on Gucci Mane's recent track "Make Love." After it dropped, fans speculated whether the lyrics on the album were linked to Remy Ma or possibly rapper Azealia Banks.

Minaj released her last studio album The Pinkprint in December 2014, so fans are anxiously awaiting a new release after a nearly three-year wait. They've started tweeting the hashtag #NickiMinajIsComing, adding to the suspense of her project's upcoming release.

If there is no release Thursday, Minaj definitely has something new up her sleeve for her loyal Barbz. Hopefully, it's worth the wait and hype.