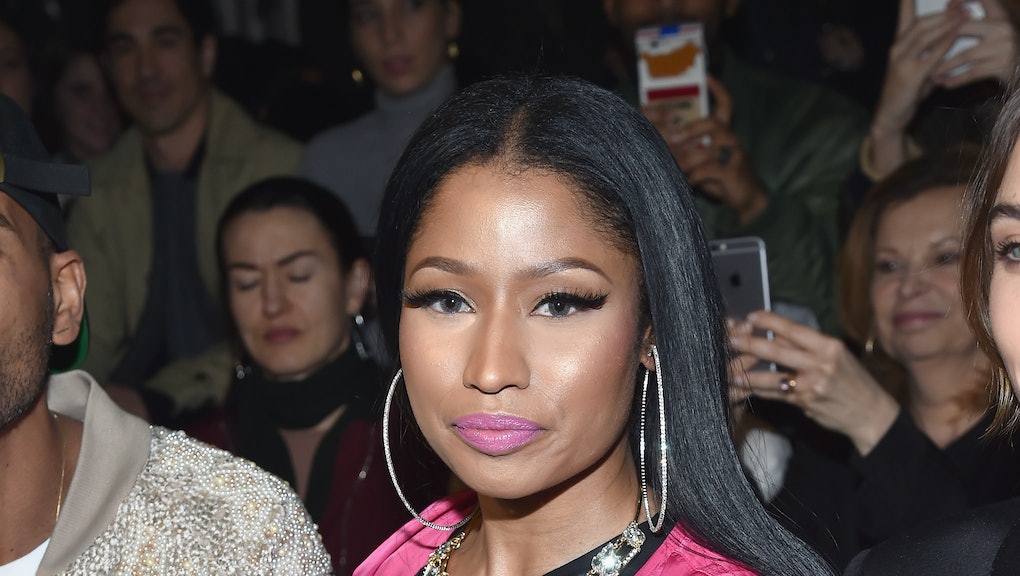 After living it up at Paris fashion shows earlier this week, Nicki Minaj returned to the music Thursday, releasing three new singles — "Regret In Your Tears," "Changed It," and "No Frauds" — calling it a #3PackFromPARIS on Twitter. The latter two tracks both feature Lil Wayne, while "No Frauds" adds Drake into the mix.

Minaj seems to take veiled shots back at Remy Ma on "No Frauds." The Bronx rapper has been aiming disses Minaj's way for weeks, dropping two diss tracks, "Shether" and "Another One."

Listen to Minaj's new three pack on Tidal or Apple Music and download the songs on iTunes.

It's been close to three years since Minaj released her last studio album, The Pinkprint. She has appeared on a string of features, including "Make Love," her song with Gucci Mane. Her lyrics on that track sparked controversy, as many believed she was taking jabs at fellow rappers Remy Ma or possibly Azealia Banks.

Minaj has also recently featured on Ariana Grande's "Side to Side," Yo Gotti's "Down in the DM" and David Guetta's "Hey Mama," which also features Bebe Rexha and Afrojack, though none of the songs made nearly as much noise.