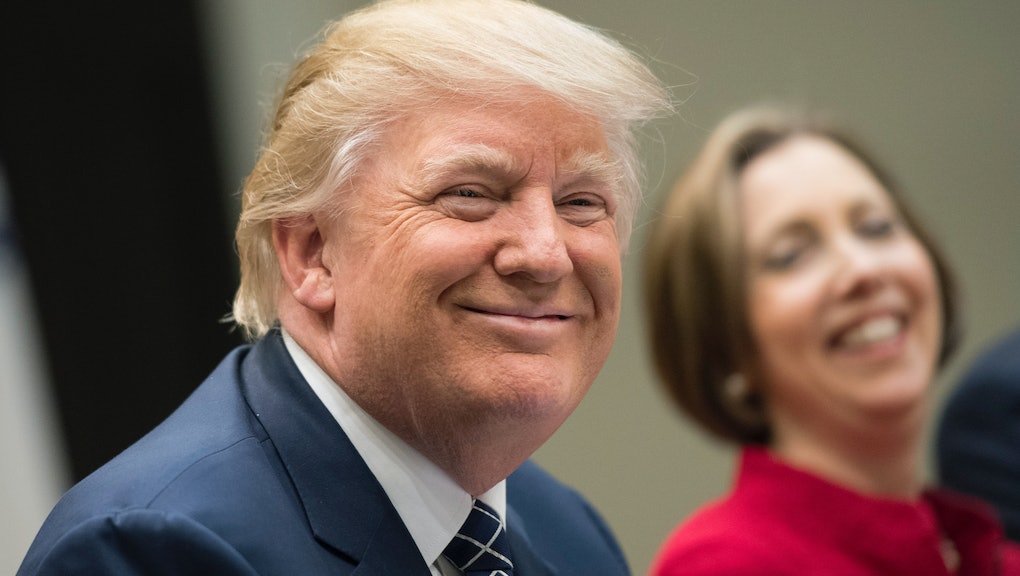 Employers added 235,000 new jobs in February, dropping the unemployment rate to 4.7%, the Bureau of Labor Statistics announced in their monthly jobs report released on Friday.

It's a number President Donald Trump touted, retweeting a Drudge Report headline saying the economy is "GREAT AGAIN" in all capital letters.

But Trump once called the same report he is now celebrating "phony," saying real unemployment numbers were much higher than the what the BLS reported.

Trump also used to think that a mere 235,000 jobs created was not good enough. In December 2012, when the jobs report said employers added 244,000 jobs, Trump said that any monthly report that didn't show the creation of at least 300,000 new jobs was "not a good sign."

"Today's job report is not a good sign & we could be facing another recession," Trump tweeted at the time. "No real job growth. We need over 300K new jobs a month."

In September 2015, Trump said the unemployment rate was "such a phony number."

"5.3 percent unemployment — that is the biggest joke there is in this country," Trump said at that September 2015 press conference, according to Politifact. "The unemployment rate is probably 20%, but I will tell you, you have some great economists that will tell you it's a 30, 32. And the highest I've heard so far is 42%."

There's also the problem that Trump is bragging about job creation numbers before he has enacted any meaningful policy changes to grow the economy.

Twitter, for its part, was quick to point out that this month's jobs numbers were nearly identical to those under Obama.