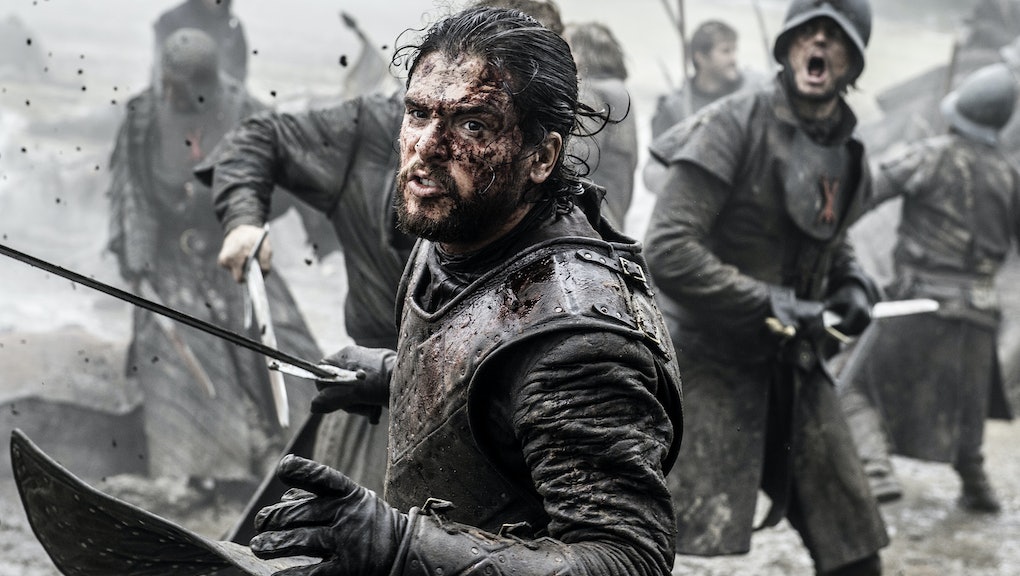 It has been a long winter, but we finally know when season seven of Game of Thrones will commence. During a Facebook Live video — one with quite a few glitches — it was revealed that the HBO hit series will return on July 16. The summer release date should not have come as much of a surprise to most, as production delays led to months of speculation that season seven would be bowing later than previous years.

With a premiere date finally set, though, and our calendars no doubt marked, it is time to start preparing for what is sure to be an explosive season of Game of Thrones. Assuming things begin as they left off, we should find Jon Snow and Sansa Stark in charge of the North and Cersei atop the Iron Throne. It also appears that after six seasons, winter is finally upon us.

So, as our own winter turns to spring (and then summer), let's take a look at all the things we should know heading into season seven of Game of Thrones (cue epic main titles).

If you are not already aware, this news will probably come as a major disappointment — Game of Thrones is nearing its conclusion. Despite stellar ratings and enormous fan engagement (over 100,000 people watched a block of ice melt on the Facebook Live video), Game of Thrones will end after season eight.

This means we have to enjoy the final two seasons while they last. Fortunately, everyone up to date on the series knows that there is still no shortage of juicy storylines to come.

While we are on the topic of Game of Thrones' expiration date, it is worth noting that the final two seasons of the series will be shorter than we are accustomed to. Back in January, it was revealed that there are approximately 15 total hours of Game of Thrones left.

As for season seven, it appears that the it will consist of seven episodes. Fortunately, as previously mentioned, if the shooting schedule is any indication, those seven episodes will be nothing short of epic.

When season seven of Game of Thrones finally begins, there will be quite a few characters who will be making an appearance. As she is now the ruler of the Seven Kingdoms, it is fair to expect Cersei Lannister to play a considerable role in the narrative. The same can be said of Jon Snow and Sansa Stark in the North. With Daenerys and Tyrion now sailing for Westeros, we should also see big things from the two of them (and the dragons!).

It has also been rumored that a few familiar faces will be returning that we may not be expecting (or haven't seen for quite some time). Several months ago, a photograph of Joe Dempsie in Iceland started speculation that we finally could see his character, Gendry, make his return. And it makes sense, as Robert Baratheon's bastard son likely still has some claim to the Iron Throne.

Even more surprising, it seems there may be a chance that we see Walder Frey appear in some capacity. Of course, considering Arya slit his throat and he doesn't seem to carry enough importance to warrant resurrection, this could just be in a flashback.

While the emphasis going into season seven will no doubt be on pivotal returning characters, that does not mean that Game of Thrones has not added some fresh blood to the mix. A few months after season six ended, it was reported that Jim Broadbent, perhaps best known for his appearances in the Harry Potter film series, was cast in an unspecified role.

In a recent interview with Screen Crush, Broadbent revealed exactly what type of character he would be playing. "I'm a maester, an archmaester. I'm an old professor character," Broadbent said about his role, though we still do not know the name of his character.

Broadbent revealed in the interview that he will appear in five episodes and share scenes with John Bradley, who plays Sam Tarley. Screen Crush speculates that it is likely, though not confirmed, that Broadbent is playing Maester Marwyn.

Let's be perfectly honest, out of all the characters in Game of Thrones, nobody has had a rougher go of it than Sansa Stark. She's been forced into relationships with horrible people, watched her father die mercilessly and a whole lot worse. Now, after six seasons of misery, it appears that Sansa is finally in a better place.

Season six saw Sansa reunite with her brother, Jon, and together, with the help of Littlefinger, defeat the Bolton army and reclaim the North. We also saw Sansa get some sweet revenge on Ramsay Bolton, feeding him to his own dogs.

Now, when season seven begins, Sansa will for the first time be in a place of power. And according to actress Sophie Turner, it may be going to her head, as she goes on a bit of a "power trip."

It is possible that Arya will soon join her siblings in the North, and it will be mighty interesting to see how Cersei reacts when Daenerys — with Tyrion no less — finally arrives in Westeros.

It should come as no surprise that there are some characters who will not survive season seven — this is Game of Thrones, after all. Fortunately, which characters will bite the dust has not been confirmed. However, if you are into rumors and alleged plot details, we do know of one death that may be intimately felt. To find out who, click here at your own risk!

Game of Thrones will return for its seventh season on July 16 on HBO.