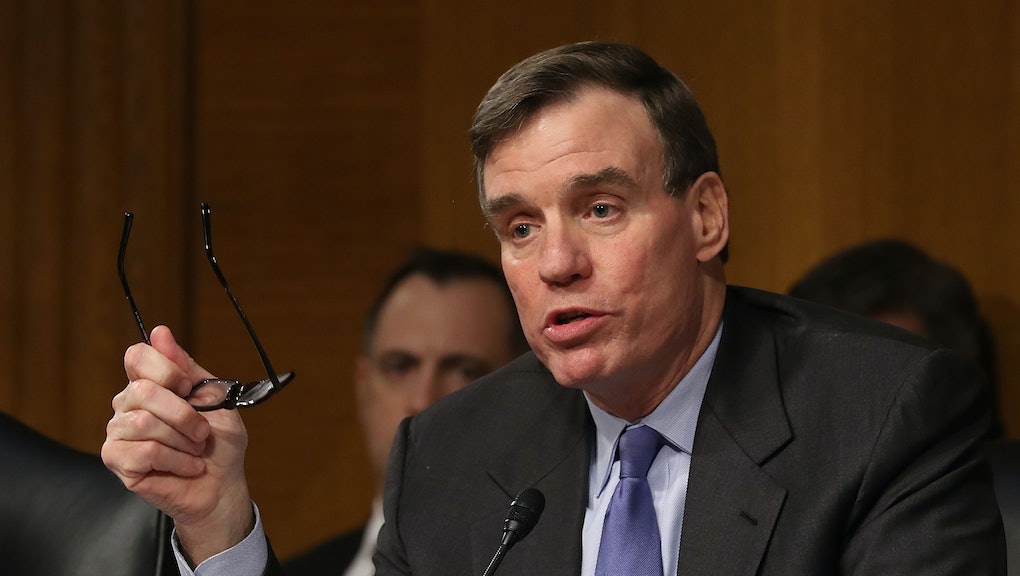 WASHINGTON — Sen. Mark Warner made a forceful case Thursday for why Americans need to remain engaged on the investigation into Russian interference in the 2016 presidential election. In an interview from his seventh-floor office overlooking Capitol Hill, the Virginia Democrat said his committee must detail publicly how the Russians influenced the election and figure out whether President Donald Trump's campaign had any communication with the Kremlin.

And while there are several inquiries into Russian interference floating around the Hill, Warner said his committee is uniquely positioned to get at the truth.

"We're the only committee, at this point, that's trying to do this in a bipartisan way," Warner said of the Senate Intelligence committee, where he is the ranking member.

Warner spoke with Mic a day after he visited the CIA and hours before he met with FBI Director James Comey. Because he's a member of the "gang of eight," Warner has access to intelligence community information that eight members of Congress can review — along with the president and vice president.

The intelligence community recently agreed to share highly confidential documents and data with the committee — a key step forward, Warner said. That will enable the committee to review information other senators and congressmen investigating Russia will not see.

The Senate Intelligence committee is one of five Congressional committees looking into various angles of Russia, Trump and the election.

"What we will have now, at least in the Senate, is 15 members ... [who] at the end of the day, come up with something unanimous, or almost unanimous, that can say, 'Gosh, we've got a real problem here' or we can lay some of these questions [about Russia] to rest," Warner said.

The senator also spoke to why the American people need to closely follow the investigation, especially millennials. "If the American people, especially young people, don't believe that our elections are on the level or you're getting news that isn't straight, you're going to see even a greater falloff of [younger Americans] participating," Warner said. "That means the loudest voices on both ends of the political extreme are just going to have more and more power."