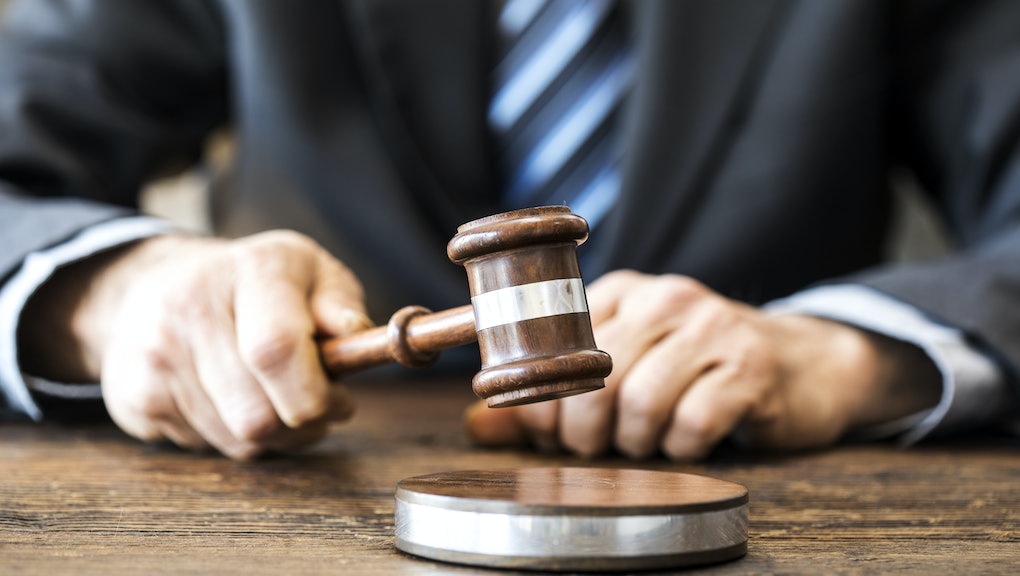 A Canadian judge has submitted his resignation after facing over a year of backlash for the comments he made during a sexual assault trial in 2014, according to the Guardian.

At the time, Federal Court Justice Robin Camp asked the 19-year-old alleged victim, "Why couldn't you just keep your knees together?" and later added, "Sex and pain sometimes go together."

He went on to suggest the victim could have avoided her assault, which she said took place on a bathroom sink, by sinking her "bottom into the basin so he couldn't penetrate [her]," according to the Guardian.

The Canadian Judicial Council held a hearing in September to determine whether Camp's comments were grounds for removal, with multiple law professors arguing that his espoused "myths" and "stereotypes" about sexual assault clouded his judgment during the trial.

The Council ended its 15-month investigation Thursday, recommending Camp be removed for, among other things, speaking to the victim in a way that was "condescending, humiliating and disrespectful."

"I would like to express my sincere apology to everyone who was hurt by my comments," the judge wrote. "I was not the good judge I thought I was."