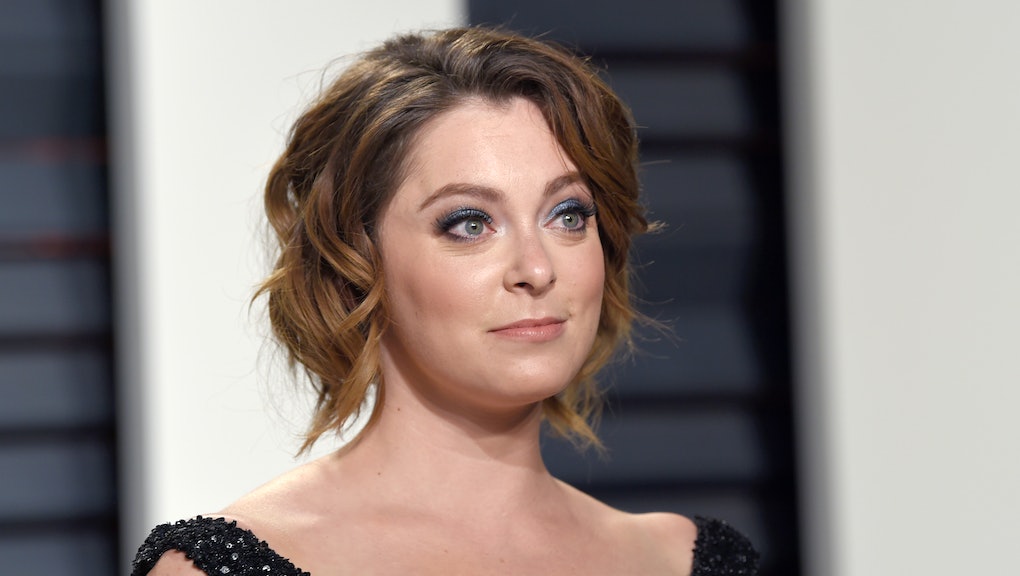 Bloom was fired up by a CNN article about the gendered "orgasm gap." Bloom said Friday in a phone call that the article didn't mention the clitoris until nearly halfway into the story. "This is something I've been ranting about for years," Bloom said. "Nobody talks about the goddamn clitoris."

Despite having what she called a "very enlightened" adolescence and young adulthood — she grew up in Manhattan Beach, California, as the child of a lawyer and an amateur pianist — Bloom said there were still things she didn't know about her own sexuality.

"For many years, I, as a feminist who went to school for theater, I was immensely insecure about the fact that I cannot orgasm without clitoral stimulation," she said.

But now, Bloom said, "I am fine saying that because it's not a defect." But the article she tweeted Friday, which, she felt "talks about women's inability to orgasm from penetration like it's a problem," frustrated her.

That's not the problem, Bloom said; the problem is "the fact vaginal penetration does not necessarily stimulate the clitoris in that way, and we do not teach young girls, or young men, about the clitoris."

But according to Bloom, and based on her own experiences, too few cisgender women know the importance of the clitoris. "I had to read blogs and kinky books to understand that if you want to orgasm during sex, a lot of women, the majority of women, will have to find some ways to also stimulate the clitoris," Bloom said.

In fact, experts have been divided over whether there's even such a thing as a "vaginal orgasm" that exists as distinct from the clitoral orgasm. And recent research indicates that, to Bloom's point, there are two types of female orgasms but both come from stimulating different parts of the clitoris.

"We need to educate women about how every woman's body is different," she said. "In movies, when you see a couple having a love scene ... you never see the woman reaching down and stimulating her clitoris, or a man reaching down."

The second season of Bloom's show, Crazy Ex-Girlfriend, recently ended, and it's been renewed for a third. The show airs on the CW, which means that, as Bloom said, she's limited in how much she can show in sex scenes.

Capturing that, especially showing the ways women can have orgasms beyond vaginal penetration, is important in sending the message that women, and their pleasure, matter, Bloom said.

"We put so much emphasis on the male orgasm," she said. "And so the idea that a woman's orgasm or a woman's pleasure is in any way secondary. ... If we are de-emphasizing a woman's essential pleasure ... what else are we delegitimizing with women?"