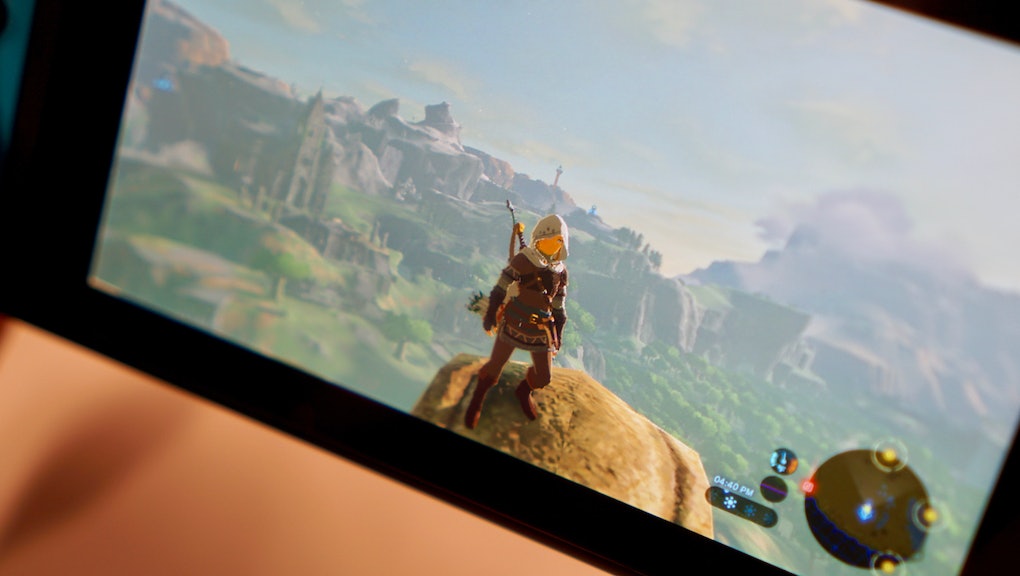 'Zelda: Breath of the Wild' Thunderblight Ganon Guide: How to beat the Vah Naboris boss

If you made it to Thunderblight Ganon in The Legend of Zelda: Breath of the Wild but are having trouble beating the boss, we're here to help. Below are some tips and tricks to defeat the monster at the end of the Vah Naboris mission.

While the open world of Hyrule in Zelda: Breath of the Wild is littered with puzzle shrines to find and solve, the game also has four larger dungeons that fit into the narrative. These dungeons are bigger and more involved than the shrines, and each one culminates in a boss fight.

These boss fights aren't like the ones you know from old Zelda games. You're no longer using a special item to expose the weak point and hit the boss three times. Their health bars are visible and any attack that connects will do damage. There is some flexibility in terms of strategy now, which is great.

Here's how to defeat Thunderblight Ganon, the boss at the end of Vah Naboris in Gerudo Desert. This information comes from Twinfinite, YouTube channel BeardBear and my own playthrough.

How to beat Thunderblight Ganon in Zelda: Breath of the Wild

Thunderblight Ganon is probably the toughest of Breath of the Wild's four dungeon bosses. Lightning wreaks havoc on metal armor, shields and weapons, and its fast, erratic movements can be disorienting. You definitely want to stock up on lightning-resistant food and elixirs, and you might want to use wooden weapons or shields if you have them.

One thing to note is that ranged attacks are next to useless against Thunderblight Ganon. It moves so quickly that it will just dodge your arrows most of the time, so don't worry if you're short on ammo.

The first phase of the fight is fairly straightforward. Thunderblight will dash towards you in a zig-zag pattern, slashing at you once it gets close enough. If you feel confident enough in your own timing and reflexes, you can do a backflip as soon as it slashes to start a slow-motion flurry rush for plenty of damage. Otherwise, you can block it with a shield or jump out of the way and get some hits in. Even if it's blocking your attacks, finishing a combo should break its guard momentarily. If it flies into the air, run away to avoid its electrical attack.

Once you've done enough damage, Thunderblight Ganon will start a new phase in which it flies into the air and drops several metal spikes into the ground before charging them with chain lightning. You definitely don't want to be anywhere near those. What you have to do here is move away, pick up a spike with Magnesis and ram it into Thunderblight Ganon. This will do a great deal of damage and bring it to the ground.

After this, the fight reverts back to what it was like earlier, though it will now charge its weapon with electricity. This is very bad news, as getting shocked will make you drop your weapon to the ground. Just keep dodging, blocking and slashing away at the boss until it dies. That's easier said than done, but this boss is a test of skill. There isn't really a cheat code to guarantee victory here.

Once you've beaten it, please enjoy the heart container and the extremely useful ability you get from the dungeon's champion.

Find out all there is to know about Zelda: Breath of the Wild, including what to expect from the Wii U version, how to preserve your items, how to beat bosses like the Stone Talus and Lynel, the best recipes for Link and how to take on the game's shrines. You'll also want to find out where all the great fairies are in the game and how to use amiibo with your version of Zelda.