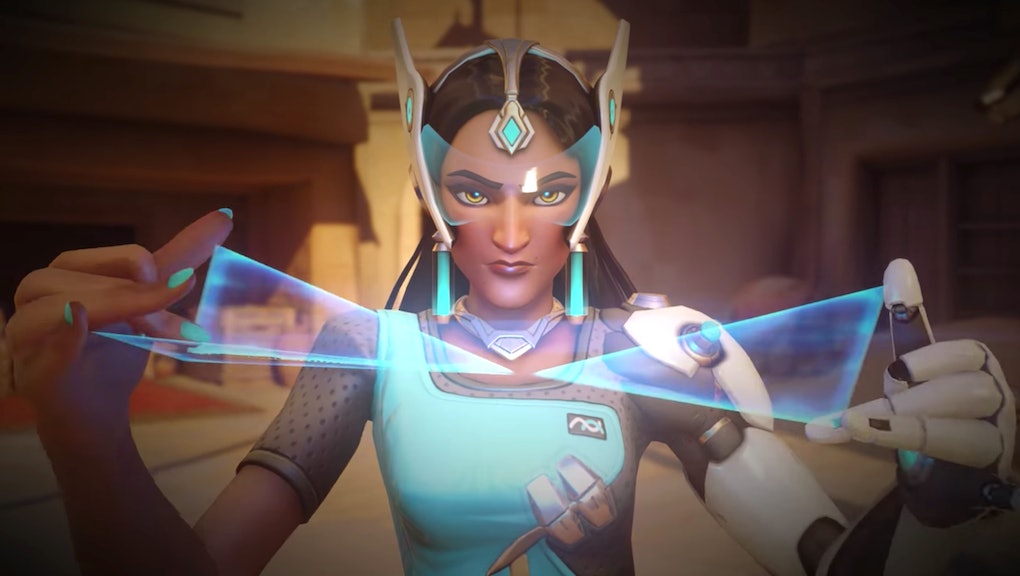 'Overwatch' fans explain why Symmetra's autism matters to them

In a letter to a fan that's gone viral, Overwatch director Jeff Kaplan confirmed the support hero Symmetra has autism — and fans are seeing her in a new light.

This isn't new information, per se — Overwatch writer Michael Chu confirmed as much back in June after fans put together the not-so-subtle hints in her comic, "A Better World" — but it certainly seems like a bit of lore the majority of the Overwatch fandom hadn't yet heard about.

In the wake of this letter's spread around the internet, Overwatch fans have been quick to express exactly how meaningful it is to see something like this represented in such a massive game — even if you have to look a bit to find it.

For example, in a thread on /r/Overwatch with over 1,500 comments, several players chimed in to voice their excitement at Kaplan's letter — and about Symmetra herself.

"As a 23-year-old on the spectrum, this warms my heart SO much," wrote AUTI5T1X. "I absolutely adore this game for its cultural diversity."

"I dunno about you guys, but this is really major good stuff," DreadAngel 1711 said. "Especially since I have autism myself."

"I didn't even notice Symmetra's autism when I read the comic, but she's always felt like the most relatable hero to me, and it makes so much sense when I look at everything again," said ChemicalExperiment.

It's not just Overwatch players with autism who are benefitting from this revelation, either. It's starting all sorts of educational conversations about people's actual lived experiences. For example, there are several conversations in which someone asks a question about what autism is and how it works, as in this lengthy discussion started by Vydos.

And, in another thread that's gained major steam, XeernOfTheLight wrote at length about how much it matters to have a prominent character in video game who just so happens to be autistic.

"I feel that Symmetra is a hero in more ways than one. Not only does she represent a portion of the population that is vastly underrepresented in media, but she does so in a way that shows how being with high-functioning autism is like. ... Good on you Blizzard, for not making her make a big deal of it," they wrote. "That's the kinda representation I've wanted."

In an article for Mic, Ryan Khosravi argued that Blizzard dropped the ball when it came to representing Symmetra's Indian heritage with any sort of specificity — but if the response online is any indication, it looks like Blizzard got this aspect of her character exactly right.