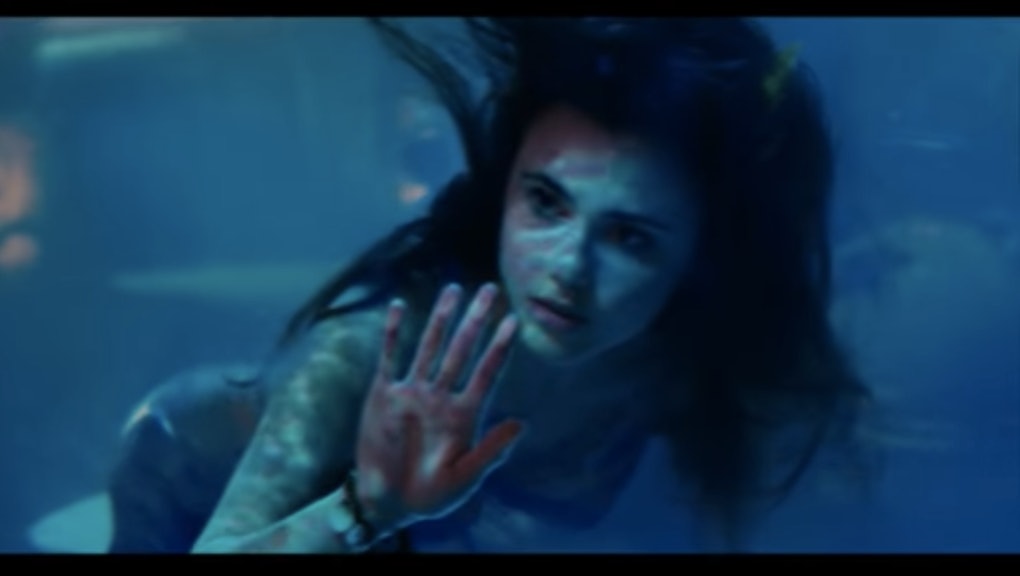 This is not Disney's Little Mermaid.

The first trailer for the live-action adaptation of Little Mermaid has been release and it's very different from the animated Disney feature so many grew up adoring. Starring William Moseley, Poppy Drayton and Loreto Peralta, this movie has nothing to do with a young woman selling her voice to a sea witch in the pursuit of true love.

Based on the fairytale from Hans Christian Andersen (but with a drastically different, and extremely tragic ending), the film follows Cam Harrison, played by Moseley, a journalist investigating the mermaid, named Elizabeth, who is played by Drayton. Cam's younger sister Elle, played by Peralta, joins him on the adventure, but they quickly meet the villain in the story, a man who wants to steal the mermaid's soul. With a screenplay by Blake Harris, the movie is directed by Harris and Chris Bouchard.

Talk of a Disney live-action Little Mermaid, with Hamilton's Lin-Manuel Miranda collaborating, has circulated, as well as a project helmed by Sofia Coppola. But if people are expecting a reunion of Sebastian, Flounder and Ariel, or a story with a much-needed updated, feminist message, this Little Mermaid will leave them confused. Check out seven of the most confusing aspects of the new movie:

1.  No ship at sea or handsome prince here

Andersen's story and Disney's film both centered around a rebellious young woman who defied her father by swimming to the surface of the water and falling in love with a man she saw on a ship. The 2017 film's trailer doesn't explain how Elizabeth ends up in a tank in a circus, and there is no sign of her family in the video.

The original fairy tale didn't offer any backstory as to why or how mermaids existed. They just did. But this movie hints at the supernatural, showing a fortune teller at the circus saying, "There is some magic that is real and some that is illusion."

Ursula the sea witch, voiced by Pat Carroll, was an essential part of the animated Disney film. She was hilarious, powerful, evil and endlessly entertaining. Without a foe to the wide-eyed heroine, the story is at a loss.

The circus introduces the title character as "the little mermaid of the Mississippi" and depicts old-fashioned Southern culture, but the mermaid has a British accent. If this is confusing in a two-minute trailer, imagine what a full-length feature film will be like.

5) No adorable side kicks

Sadly, there's no sign of Sebastian or Scuttle. The youthful Elle looks cute, but who can compete with these two?

After seeing her at the circus, Cam and Elle see Elizabeth walking in the woods, wearing a cape. She confirms to them that she is, in fact, the mermaid, but when asked how she can walk, she simply smiles and says, "It's a secret."

7) Someone has her soul — but not her voice

The villain (in case you didn't know he's the bad guy, he has a mustache, walks with a cane and is surrounded by a cloud of smoke) has a part of her soul that she will die without. Disney's version of the story focused on Ariel missing her voice.