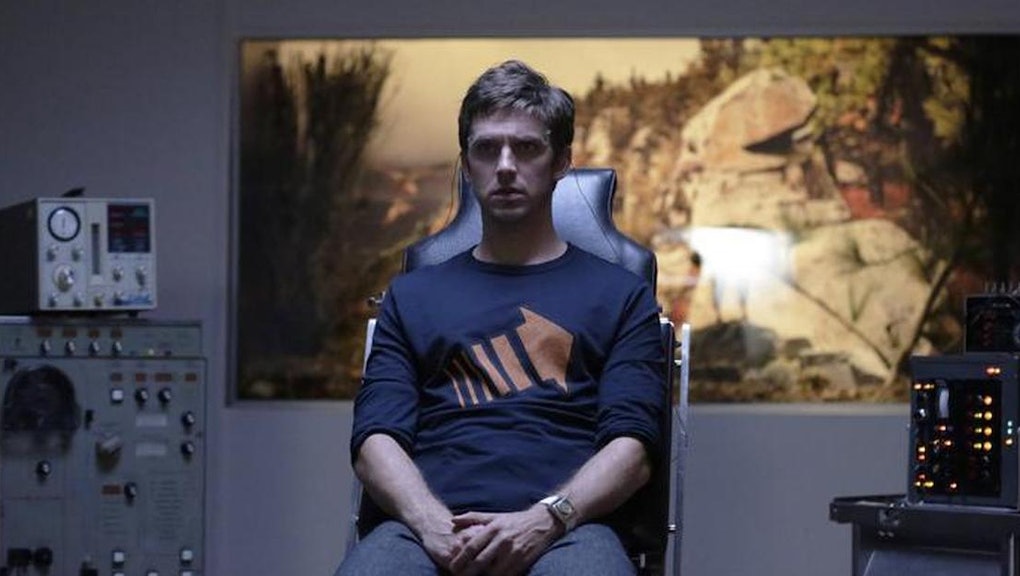 6 'X-Men' characters who should appear on FX's 'Legion'

One of the best comic-book shows on TV right now may also be the strangest. If you're watching FX's Legion, you know exactly what I'm talking about. Noah Hawley's take on the mutant David Haller is as visually stunning as it is mind-bending and disturbing. It is also unlike any other comic-book show that came before it.

For those who don't know, Legion primarily explores the complicated history of Haller, the mentally ill mutant son of Charles Xavier. While it's been rumored the series takes place within the same — or at least a parallel — universe as the X-Men films, Legion very much has its own identity.

Still, with mutants being of primary concern in the FX series, it's hard not to speculate on which X-Men characters could make an appearance, even a brief one. After all, given Haller's relationship to Xavier and the fact that he's one of just a few Omega-level mutants, it would make sense for him to attract the attention of other characters or organizations from the X-Men universe.

So, this leads us to the big question: Which X-Men characters should be making an appearance on Legion?

Let's start with the most obvious. At some point, Xavier has to appear on Legion. He is, after all, Haller's biological father. The bigger question, though, is who would play Professor X? Fans of the X-Men films know there are two actors who have already portrayed him: Patrick Stewart and James McAvoy.

If Legion does take place within the X-Men film universe, it would make the most sense for Stewart to make a cameo, as he played Xavier in all the movies set in the present or near future. And it appears Stewart would be game for such an appearance, noting as much while discussing the series on The Late Late Show.

Unlike Professor X, William Stryker has no real connection to Haller. Still, he would be a perfect character to connect the TV show to the X-Men films. Stryker's obsession with mutants and desire to eradicate them makes him an ideal villain on Legion, which has already dealt with mutant persecution. Furthermore, Legion's Division 3 essentially plays like a program Stryker would head up.

While Stryker has already appeared in a number of X-Men films, he has been portrayed by three separate actors. Seeing him played by someone new would not be nearly as jarring or confusing as seeing somebody replace Stewart or McAvoy as Professor X.

Let's preface this by saying it's highly unlikely Magneto will ever appear on Legion. Still, as one of the most popular villains in comic-book history, it's hard not to speculate on how Magneto could fit into the FX series. There's already a storyline that would work perfectly: "Age of Apocalypse."

By traveling back in time in an attempt to kill Magneto, Haller is ultimately responsible for the "Age of Apocalypse" timeline. Instead of murdering Magneto, Haller accidentally kills Xavier — his own father — when the latter sacrifices his life to save his old friend. This could certainly be an interesting story arc to explore in future Legion series.

There are few X-Men villains as dangerous as Cassandra Nova. Born as a parasite without a body, Nova became psychically connected to Professor X, eventually taking the form of his twin sister. Copying his DNA allowed her to tap into Xavier's mutant powers, in turn granting her incredibly powerful psychic abilities.

Nova could also be an interesting villain for Legion because of her ability to create astral projections of herself . Since the last two episodes of the FX series dealt with the astral plane, this opens up the opportunity to portray Nova as a powerful villain without a form.

While not confirmed, it's actually possible that we've already seen the Shadow King on Legion. At least that's what Comic Book has theorized. One of Legion's more intriguing elements is its portrayal of the — frankly horrifying — entity known only as The Devil With Yellow Eyes.

In the most recent episode, it was revealed the character was, in fact, an entity that had taken control of part of Haller's mind. It sounds remarkably similar to how Shadow King took over Haller's mind in the "Muir Island Saga."

Shadow King's primary existence on the astral plane adds yet another connection to Legion, suggesting that if he hasn't already appeared, he certainly could at some point. But there does seem to be momentum behind the idea that Shadow King and The Devil With Yellow Eyes are one and the same.

Should Legion introduce Shadow King in a storyline similar to the "Muir Island Saga," it would only make sense for Moira MacTaggert to appear. After all, she created the mutant research center on Muir Island that is targeted by the villain. The biggest issue with having MacTaggert on Legion is she has already appeared in the X-Men film series as a CIA agent.

If MacTaggert were to make an appearance on Legion, her backstory would likely be changed to fit her scientific role in the comics, further separating the series from the X-Men films. That's not necessarily a problem, but it would cause some serious continuity issues if the goal is for Legion to exist within the same universe as the films.

Legion airs on FX at 10 p.m. Eastern on Wednesdays.