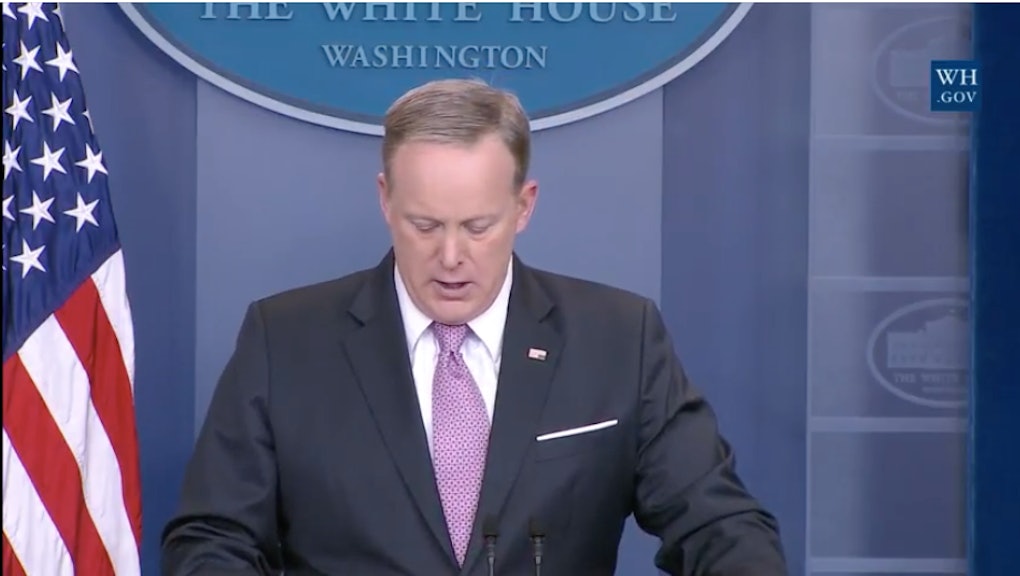 According to federal law, Sean Spicer’s upside-down flag is a distress call

White House press secretary Sean Spicer took to the podium Friday for his daily press briefing. But something was amiss as Spicer touted the work of President Donald Trump.

The small flag pin he wears on his lapel was upside down, something federal law says should never be done — unless it's "a signal of dire distress in instances of extreme danger to life or property."

Twitter was quick to point out Spicer's fashion faux pas and asked whether he was asking for help 50 days into his boss' administration — in which he's had to answer for a number of controversies.

Spicer eventually fixed his pin, after reporters pointed out the mistake.

Some joked about whether Spicer was promoting House of Cards, the hit Netflix show whose logo includes an upside down flag.