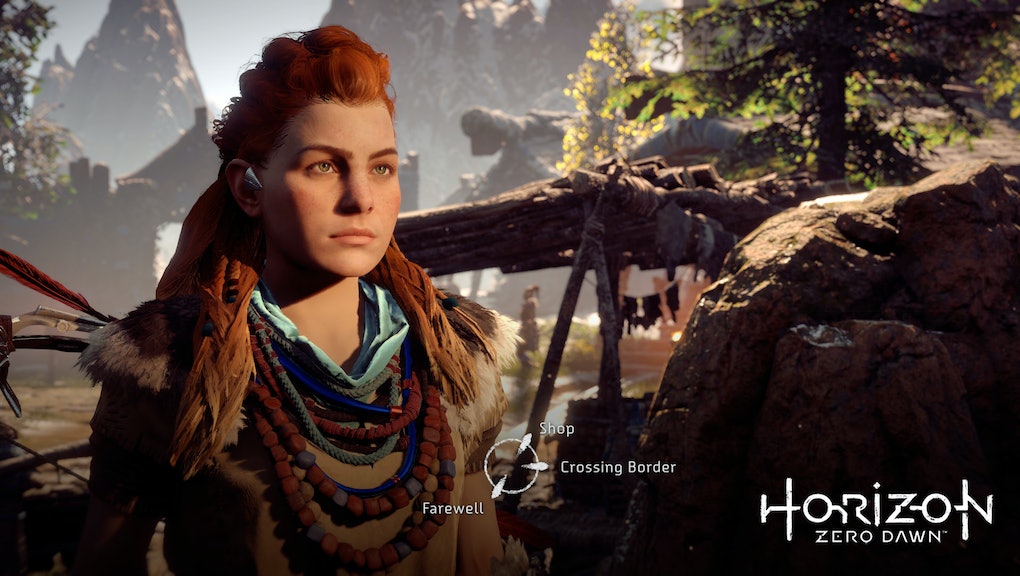 Having trouble completing the ancient armory quest in Horizon Zero Dawn? We've rounded up video guides to help you track down all the power cells and complete this quest.

Horizon Zero Dawn: What is the ancient armory quest?

Let's be real: The best part of Horizon Zero Dawn is buying sweet new outfits for Aloy. Her many clothing options aren't just for show, either — each outfit has unique strengths that benefit Aloy in different ways.

One of the best outfits you can unlock in Horizon Zero Dawn is also one of the most difficult to obtain, because you can't just buy it from a merchant. In order to unlock the shield-weaver armor — which absorbs a good chunk of damage before Aloy begins to take any damage herself — you'll need to obtain five power cells that are scattered around Horizon Zero Dawn's massive world.

Here's everything you need to know about the ancient armory quest that unlocks this shield-weaver armor.

The first power cell is inside all-mother, where you wake up after being attacked during the proving. You'll have to navigate through some hidden passageways, so here's a video showing exactly how to find it.

You'll find the second power cell during the "maker's end" story mission. Once you reach the 12th floor, climb to the top of the tower using the color coded footholds. The following video shows its exact location.

The third power cell is available during the "grave-hoard" story mission. As you'll see in the video below, you'll enter a small room with several collectibles once you solve a puzzle involving several rotating locks. One of these items is a power cell.

The fourth power cell is near the GAIA prime map location, which you'll reach during the "the mountain that fell" quest. This one's tricky to reach without watching someone else do it, so check out the video.

The final power cell is inside the underground bunker that young Aloy explores at the beginning of the game. You'll have to pry open a set of doors that are slightly ajar and then bust through some stalactites and stalagmites to access the hidden area.

Once you have all five power cells, head to the ancient armory and place two of the power cells into the empty slots along the wall to the right of the bunker's entrance. (Navigate to the 5:45 mark in the video below if you need help finding the bunker.)

This will grant you access to the bunker, but you'll need to navigate into another room to the left of the armor, where you'll place the remaining three power cells.

Once you've oriented the locks correctly, the shield-weaver armor will be yours for the taking.