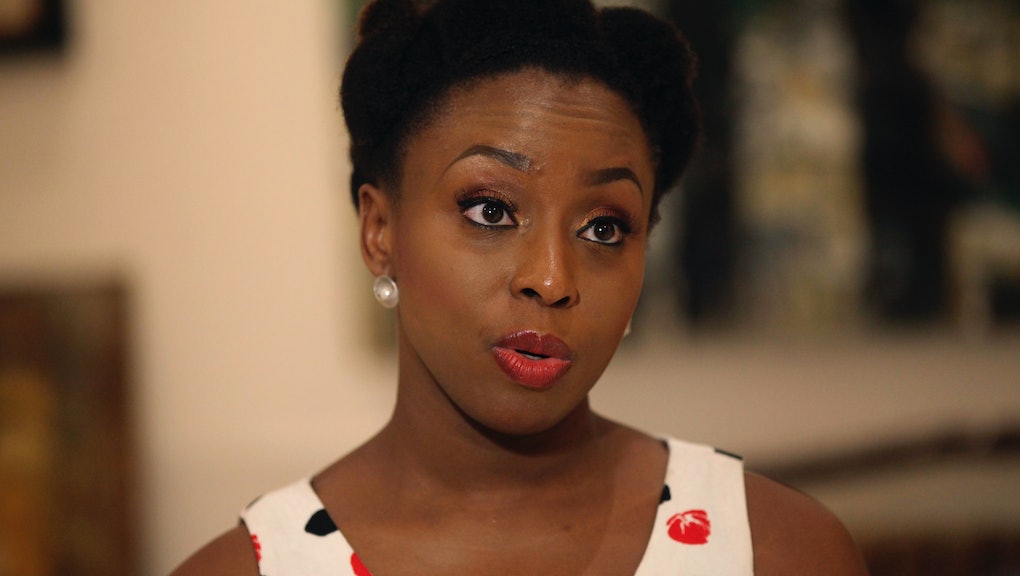 The internationally known feminist featured on Beyoncé's "***Flawless" is under fire after remarks she made about transgender women.

In an interview with the U.K.'s Channel 4 News posted Friday, Chimamanda Ngozi Adichie was asked if being a transgender woman makes you "any less of a real woman."

In her response, Adichie — who's known for her Beyoncé-sampled TEDx Talk "We Should All Be Feminists" and her novel Americanah — said she can't equate transgender women and women because they've had different life experiences:

"I think that trans women are trans women," Adichie said. "I think the whole problem of gender in the world is about our experiences. It's not about how we wear our hair or whether we have a vagina or penis, it's about the way the world treats us.

People on social media fired back to Adichie, saying there was no need to equate transgender women's experiences with cisgender women's in order to accept them as women.

One of the most robust responses came from activist and transgender woman Raquel Willis, who noted the inherent privilege of forcing women to have certain experiences to qualify as "real women." She also pointed to the extreme misogyny that trans women face, especially given the epidemic of violence that transgender women face in the United States and abroad.

Adichie responded on her author page on her Facebook, emphasizing that there is room for transgender women in feminism but sticking to her point that cis women and transgender women do not have the same experiences.

"I do not believe that, say, a person who has lived in the world as a man for 30 years experiences gender in the same way as a person female since birth," Adichie wrote. "To say this is not to exclude trans women from feminism or to suggest that trans issues are not feminist issues or to diminish the violence they experience — a violence that is pure misogyny."