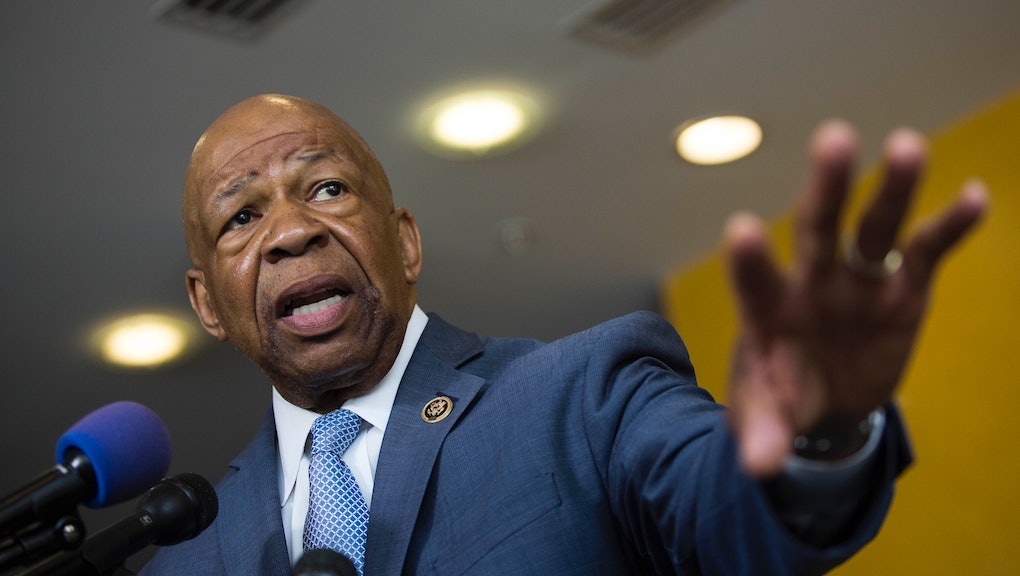 Rep. Elijah Cummings (D-Md.), one of President Donald Trump's biggest critics in Congress and a ranking member on the House Committee on Oversight and Government Reform, is mighty suspicious about why the president chose to abruptly fire U.S. Attorney Preet Bharara this weekend.

Bharara oversaw federal prosecutions in the Southern District of New York, Trump's home district, and Trump previously told him he could stay on as he fired all other U.S. attorneys from the Barack Obama administration.

Cummings told ABC News' This Week on Sunday he wasn't convinced Trump didn't fire him to keep the heat off his tail.

"Just, not very long ago, the president was saying that he was willing to keep the U.S. attorney there in New York, and then suddenly he's, I guess, changed his mind," Cummings told host George Stephanopoulos.

"I'm just curious as to why that is, and certainly there's a lot of questions coming up as to whether ... President Trump is concerned about the jurisdiction of this U.S. attorney and whether that might affect his future," Cummings continued.

Cummings noted the president has the power to fire U.S. attorneys but said there are "questions that need to be asked" and an "air of distrust" has developed around many of Trump's decisions.

"We have over and over again heard things that have just been proven to be true," Cummings added.

Cummings seemed particularly concerned that Bharara's termination was related to a recent letter signed by three ethics watchdog groups asking him to investigate Trump for violations of the emoluments clause of the Constitution, which prohibits senior government officials from taking payments from foreign governments. Citizens for Responsibility and Ethics in Washington, one of the signatories of the letter, is suing Trump for profiting off foreign dignitaries staying at his D.C. hotel.

Documents show Trump has not made good on his promise to leave his businesses and remains the sole owner and beneficiary of the Donald J. Trump Revocable Trust, an umbrella group set up to manage his business empire while in office.

"Yeah, sure, no doubt about it, when they asked about the emoluments clause and possible violations of it and the U.S. attorney's relationship to that, I think that had perhaps something to do with it," Cummings said.