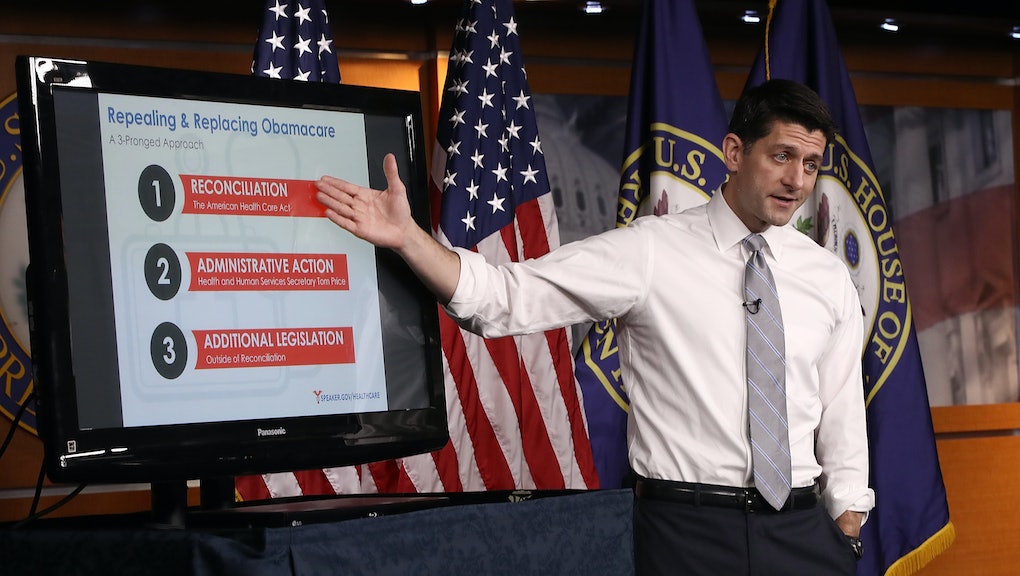 As Washington awaits the Congressional Budget Office's score of Republicans' newly-unveiled health care plan, many are wondering how many Americans could lose their health care under the Affordable Care Act alternative.

One person who doesn't seem too concerned? Speaker of the House Paul Ryan. In an interview on CBS's Face the Nation, Ryan said he "can't answer" how many people would lose coverage under the new plan, as the choice of whether or not to have health insurance would now be in their hands.

"The one thing I'm certain will happen is CBO will say, 'Well, gosh. Not as many people will get coverage,'" he said. "You know why? Because this isn't a government mandate. This is not the government that makes you buy what we say you should buy and therefore the government thinks you're all going to buy it."

"We're not going to make an American do what they don't want to do," Ryan continued. "You get it if you want it. That's freedom."

Ryan's comments on CBS come a few days after Rep. Jason Chaffetz came under fire for suggesting that Americans could choose to afford health care if they simply didn't get the newest iPhone, similarly implying that purchasing health insurance is a choice, rather than a necessity that lies out of many Americans' financial reach.

Office of Management and Budget director Mick Mulvaney also dismissed the CBO's impending findings, saying in an interview that "estimating the impact of a bill of this size probably isn't the best use of [the CBO's] time."

Ryan, who seemed to fundamentally misunderstand how insurance works during a recent presentation, doesn't seem to realize that for many Americans, health care is not a simple choice. For many, it's an enormously expensive service whose access is decided for them by the government, rather than their own free will.