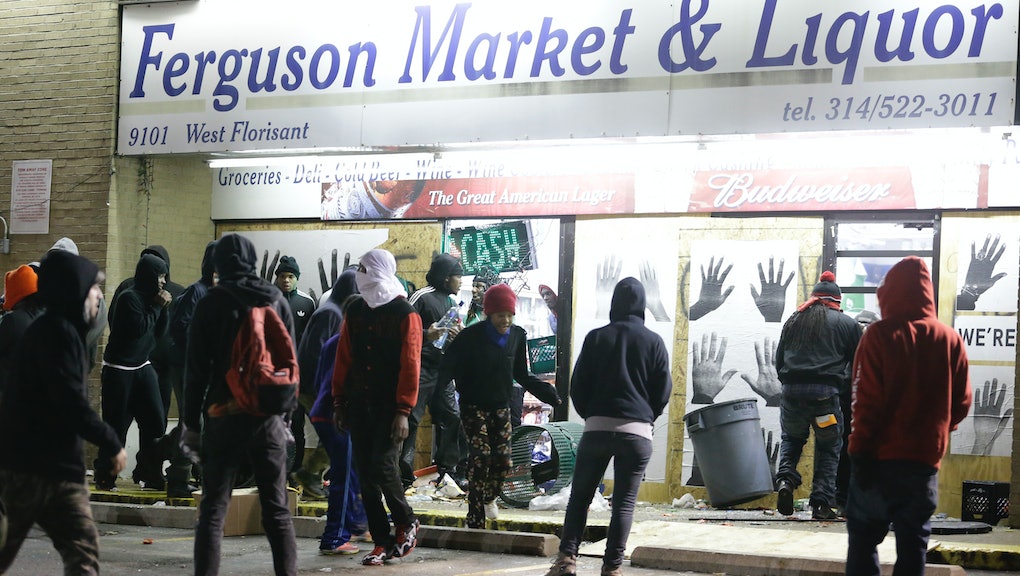 A group of protestors congregated outside of a liquor store in Ferguson, Missouri, on Sunday night after a documentary containing previously unreleased footage of police shooting victim Michael Brown aired at South by Southwest.

According to CNN, Stranger Fruit, which debuted at the Austin, Texas, festival on Saturday evening, featured footage of the unarmed black teen entering Ferguson Market and Liquor Store 11 hours before he was accused of robbing it in 2014.

Brown, 18, would later be gunned down by police for the purported crime in an instance of police violence that devastated a community and sparked nationwide riots.

Director Jason Pollock, previously told CNN that he thinks it likely that Brown did not rob the convenience store, but rather was involved in a drug deal with clerks who worked there.

In the newly released footage, Brown appears to hand over a small bag to store workers, who then give him a bag filled with cigarillos. But according to CNN, Brown gives the bag back to them before leaving, and the film alludes to the fact that he may have later returned to claim it, inspiring the robbery allegations.

Jay Kanzler, the attorney for the liquor store, was shouted down by the crowd.

"My clients did nothing wrong," Kanzler told CNN. "They love the people of Ferguson and truly want to get on with their lives."

The full surveillance tape is expected to be released on Monday night.

The Ferguson Police Department did not return requests for comment.