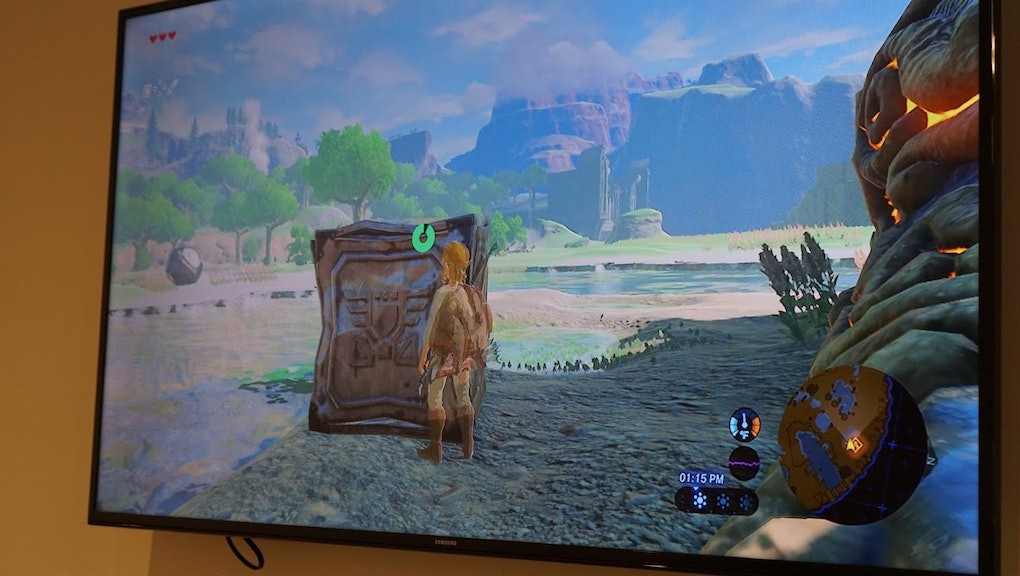 Shrines are Legend of Zelda: Breath of the Wild's mini-dungeons, and can range from some intense platforming to puzzle solving and even fights with Guardians, all to get Spirit Orbs, the game's answer to heart pieces.

Sometimes though, you'll have to complete a small quest to unlock a shrine, and Rito Village's Voo Lota Shrine is one of those. You'll unlock it by completing the quest "Recital At Warbler's Nest." If you're stuck on that particular quest, don't worry. We've got the solution for you.

Voo Lota Shrine can only be unlocked by completing the quest "Recital At Warbler's Nest," and you can only start that quest once you've defeated the Divine Beast that's been troubling the Rito Village. Once that's been dealt with, Gosu Noob states that you can start the quest by finding a mother who's looking for her daughter.

Once you've done that, head to the Warbler's Nest location where you'll find the woman's chick, who will give you the shrine quest. You'll have to find her four friends first, however. Three of them are easy to find: There's one at the general store, one is on a rock ledge above the village and one is at the pond near the village's entrance. The fourth is at the cooking pot and won't budge until you cook her some Salmon Meunière.

The three other chicks will each give you an ingredient for the dish (Tabantha Wheat, Goat Butter and Hearty Salmon) but you can buy them at the general store as well. Once you've gotten all four of Kheel's (the bird girl who gave you the quest) sisters, they'll start their recital.

Each Rito sings a different note, and to unlock the shrine you'll have to stand on the central pedestal and play the notes they sing in the correct order on the stone formations. Each stone formation has a certain number of small stalagmites that indicate what "number" it is. So use a Korok Leaf and gust some wind through their hollow centers in this order: four, five, three, one, two.

Once you do that, Voo Lota Shrine will be unlocked and you'll be able to go inside and grab the Spirit Orb it holds. The shrine itself just requires you to ride some air currents with your paraglider (while avoiding spiked walls) over a bunch of lava, grab a key from a chest and use that to unlock a central platform where the monk is hiding. There's also a Flameblade sword on a small platform after you grab the key. So be sure not to miss it. Other than that, it's a pretty straightforward shrine, no real walkthrough required.

If you'd rather see this whole quest in action, feel free to check out Caticulated's video guide for the whole quest and the shrine, embedded below: