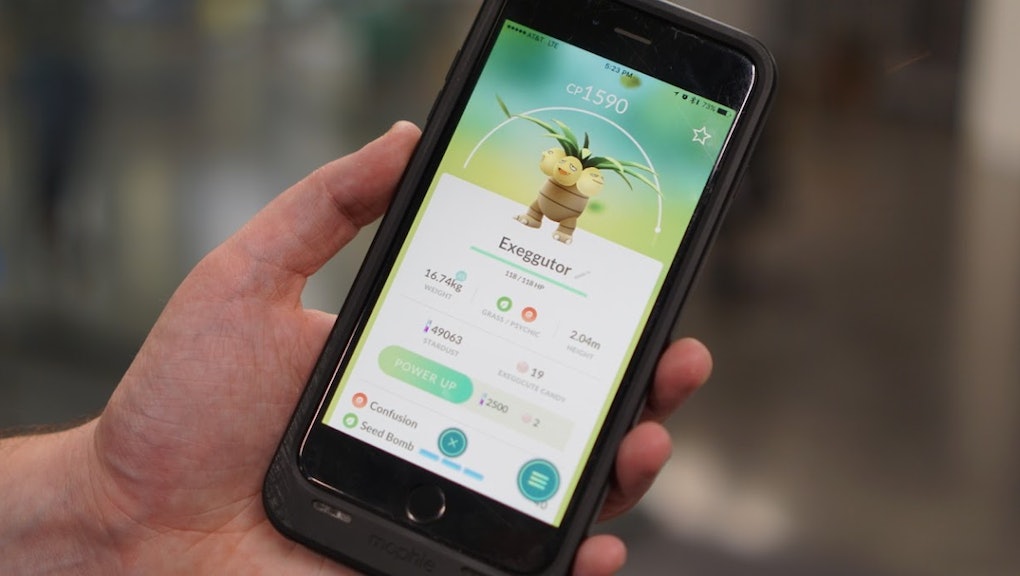 Although we're fresh off a new nest migration and the end of the Pokémon Day event in Pokémon Go, many players of the Niantic game are wondering what the next event could be. Specifically, some players have been discussing about the possibility of a St. Patrick's Day-themed Pokémon Go update.

With no precedent for this holiday (the game was only released in July), and its arrival on the March 17 swiftly approaching, fans have begun wildly speculating about what (if anything) Niantic has in store for St. Paddy's Day.

Several posters from The Silph Road Pokémon Go community have tapped into what's probably the most common interpretation of St. Patrick's Day that would work as a holiday event: a conflation of the term "The Luck of the Irish" with lucky eggs. These items in Pokémon Go double experience for a half hour, which might explain why some fans are eager for a lucky egg-related bonus.

This would probably also make the most sense, truth be told. Even Game Informer was pitching that as a potential holiday event back in November, so obviously it's something that's looming pretty big in everyone's minds. What helped this interpretation was of course Niantic's hint to "save your candies" at the DICE Awards, which many Silph Road posters assumed was an allusion to Pidgey Spamming. Since Pidgey Spamming requires lucky eggs for the best results and the DICE Awards happened relatively close to St. Patrick's Day, it seemed like a safe bet to assume the next event would involve lucky eggs.

Another Silph Road thread started by karlyn90 suggests the possible St. Patrick's Day Event might have an increase in green-colored Pokémon for its duration, which could include Gen 1 and 2 starters like Bulbasaur and Chikorita, along with the the much-coveted Tyranitar.

There's even a precedent for this. The Pokémon Go Valentine's Day event saw an increase in fairy-type and pink Pokémon, so it's not inconceivable that Niantic would do something similar for St. Patrick's Day.

Ultimately, however, this is all just wild speculation until Niantic releases something official concerning their next event, St. Patrick's Day or otherwise. Hopefully with the special Snorlax event in Japan coming to an end, it won't be long until we hear a little more about what the next Pokémon Go event will be, even if it's not St. Patrick's Day.

Personally we're hoping for an increase in snake-type Pokémon for St. Patrick's Day in keeping with his legend of driving all the snakes out of Ireland, we'll just have to wait and see for what Niantic cooks up next.