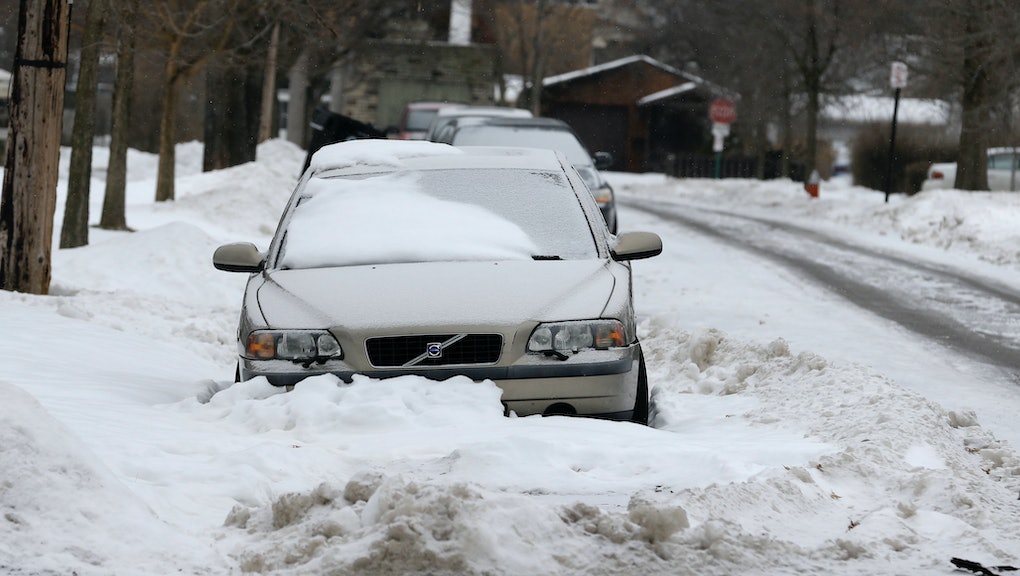 Snowstorm in Ohio Update: Winter Storm Stella update and info for the Midwest

Stella — the powerful winter storm threatening to bring much of the Northeast United States to a standstill over the next two days — will hit parts of Ohio starting Monday, according to the National Weather Service.

Cleveland and Northeast Ohio could wind up buried in up to a foot of snow by the time the storm relents on Wednesday. A winter storm warning will be in effect until 8 p.m. Wednesday as the nor'easter makes its way up the East Coast. In Northeast Ohio, the storm will feature lake-effect snow because of Lake Erie.

Columbus and the surrounding areas will also be under a winter weather advisory until 2 p.m. on Tuesday.

The snow, combined with heavy wind gusts, is expected to cause poor road conditions. Flights from Cleveland Hopkins International Airport and Akron-Canton Airport are expected to be canceled or delayed; the two airports have already cancelled certain flights to Chicago on Monday.

Stella — which is expected to blanket Boston, New York City and Philadelphia with more than a foot of snow — began in the Northern Plains over the weekend and reached the Midwest early Monday. Chicago — which hadn't seen snowfall since December — received just a couple inches of snow by Monday afternoon, but hundreds of flights from O'Hare and Midway airports were grounded Monday due to Stella. A winter weather advisory for the Chicago area and Northwest Indiana expired early Monday afternoon, but part of the area will be under a lake-effect snow warning from Monday night to Tuesday afternoon.