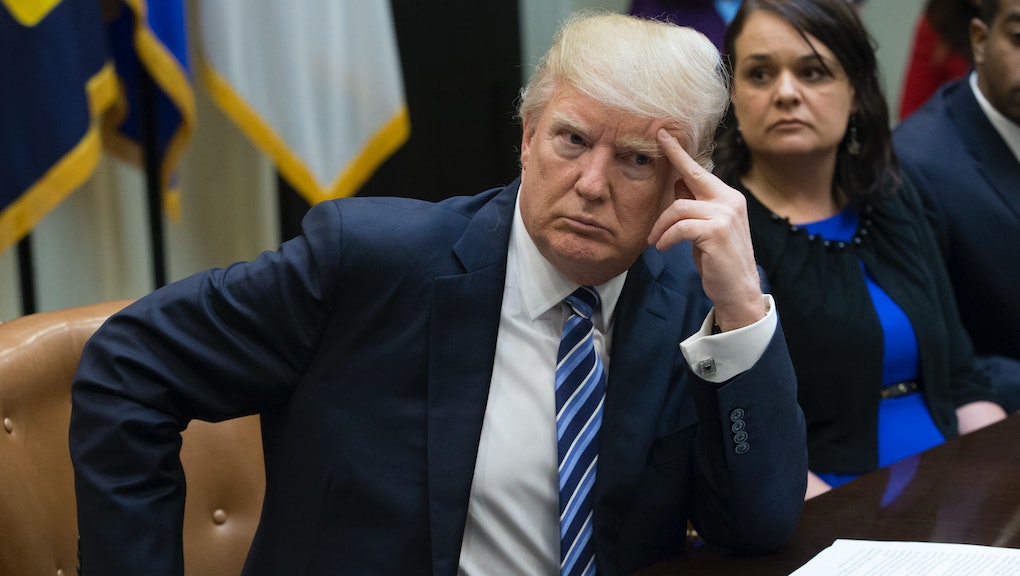 The House Intelligence Committee's deadline for the Department of Justice to submit evidence backing up President Donald Trump's Twitter claim that former President Barack Obama had Trump Tower wiretapped has come and gone — and it looks like the DOJ doesn't have two cents to rub together.

According to the Associated Press, the DOJ is now asking for "more time to respond" to the congressional inquiry.

In other words, they have nothing.

Earlier in the day, Trump's press secretary Sean Spicer himself seemed to be backing off the claim, saying the "president used the word wiretaps in quotes to mean, broadly, surveillance and other activities."

Obama, his director of national intelligence James Clapper, and even current FBI director James Comey have all disputed Trump's claim, saying the surveillance in question never happened, according to CNN.

Trump himself seems to have moved on to other controversies, although if investigators fail to demonstrate any wrongdoing on Obama's part it would further strain Trump's credibility. As Slate noted, while each individual dispute might only slightly wound the president, the cumulative effect of willingness to float explosive claims without evidence has been to isolate him politically.