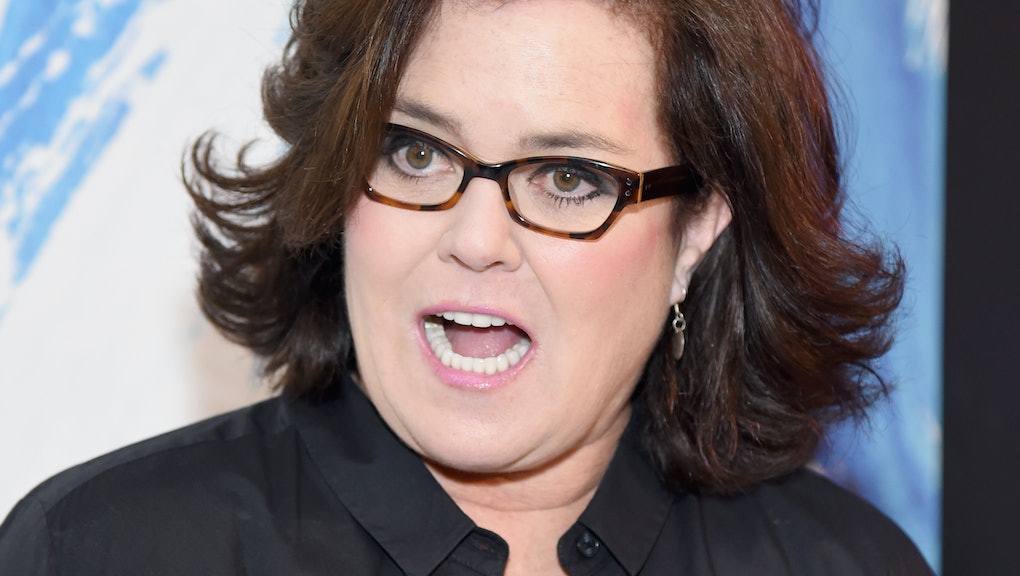 Rosie O'Donnell on Jason Chaffetz using her to scare up donors: "We have to stop them"

Rosie O'Donnell is not having it.

The TV star and comic roared back Monday when alerted on Twitter that Rep. Jason Chaffetz (R-Utah) is using her name to rally conservatives into donating to his 2018 re-election bid. "so @jasoninthehouse is gonna SCARE all of UTAH - with 55-year-old-me - jason - people are onto you - fear the truth jason - own ur actions," O'Donnell tweeted to her more than 1 million followers.

O'Donnell, a vocal opponent of President Donald Trump and the Republican Party, has donated to Chaffetz's underdog challenger, Dr. Kathryn Allen, and repeatedly urged her fans to do the same.

In an interview with Mic over Twitter direct messages, O'Donnell doubled down on her support of Allen's candidacy, expressing joy at Allen's fundraising.

"Yes, well I am glad," O'Donnell said when informed that Allen has been raking in money hand over fist. "'Cause we have to stop them."

"We have to make it about truth," O'Donnell went on, when asked about how a Democrat can win in conservative Utah.

Asked about Allen's long odds, O'Donnell said, "I am not well-versed in that." But she struck a hopeful note nonetheless. "People are waking. It may take a revolution."

Allen, a Democrat mulling a first-time underdog campaign to unseat Chaffetz, noting she had O'Donnell on her side. Allen saw her donations soar on the digital platform Crowdpac after Chaffetz remarked on CNN that low-income Americans might have to pick between health coverage and blowing money on a new iPhone.

Chaffetz's congressional and campaign offices have not returned multiple requests for comment on Allen's windfall, which has now surged to more than $452,000 in donations on Crowdpac alone. But Chaffetz's campaign did use all the attention Allen has gotten to send out a fundraising email that cited O'Donnell by name.

"Rosie O'Donnell, (yes, Rosie O'Donnell) just maxed out to my Democrat opponent and is tweeting to all of her liberal followers to do the same," the email, sent out Monday, said. "I need your help to fight back."

"Rosie O'Donnell is just the beginning. Many more liberal Democrats will most likely follow her in supporting my opponent and working to see me defeated," the email went on. "In order to stay fighting for our traditional values and shared conservative beliefs in Washington — I must win my re-election campaign."

Allen, who acknowledges she's a long shot, said in a phone interview Monday night she was "caught off guard" by the wave of support and that she's spending as much as 15 hours a day trying to build a campaign and interact with supporters.

"Chaffetz is so despised that I actually have national figures who run national campaigns donating services to me," Allen said. "So we won't be spending that money right away. We're going to be very judicious."

"You can't imagine how this changed my life," Allen said, citing the attention O'Donnell and MSNBC host Rachel Maddow had lavished on her campaign. "Rachel and Rosie — they gave my campaign legitimacy. I don't know how to thank them."