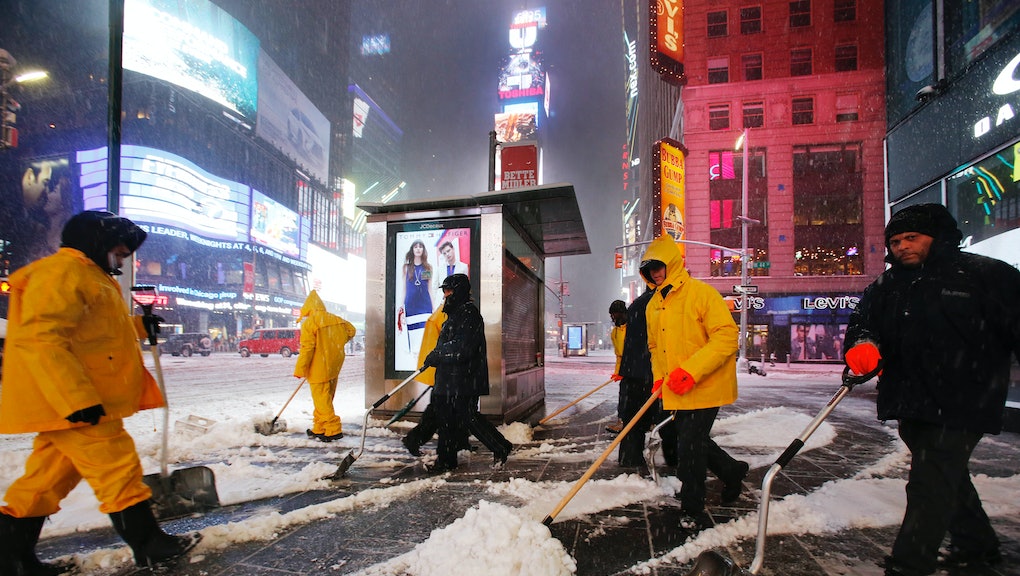 Grab a thick blanket and cue up Netflix: Winter storm Stella has made her much-anticipated debut in the Northeast, blanketing cities like New York, Boston and D.C. in snow.

The nor'easter blizzard prompted a state of emergency across the tristate area, according to ABC News. ABC also reports that Connecticut Governor Dannel Malloy issued a statewide travel ban beginning at 5 a.m. In Pennsylvania, Governor Tom Wolf declared a state of emergency Monday afternoon and urged residents to stay home. "Don't go to work tomorrow," Wolf said at a press conference. "Tuesday is going to be a good day to stay home."

New York City preemptively shut down express and outdoor trains starting at 4 a.m. Tuesday. In Boston, the MBTA shut down the Mattapan trolley as well as the ferry and a third of the blue-level trains.

According to CNN's weather center, the heaviest snowfall is expected to taper off by 9 a.m., but warmer temperatures may turn that snow into sleet, creating dangerous conditions to walk or drive in.