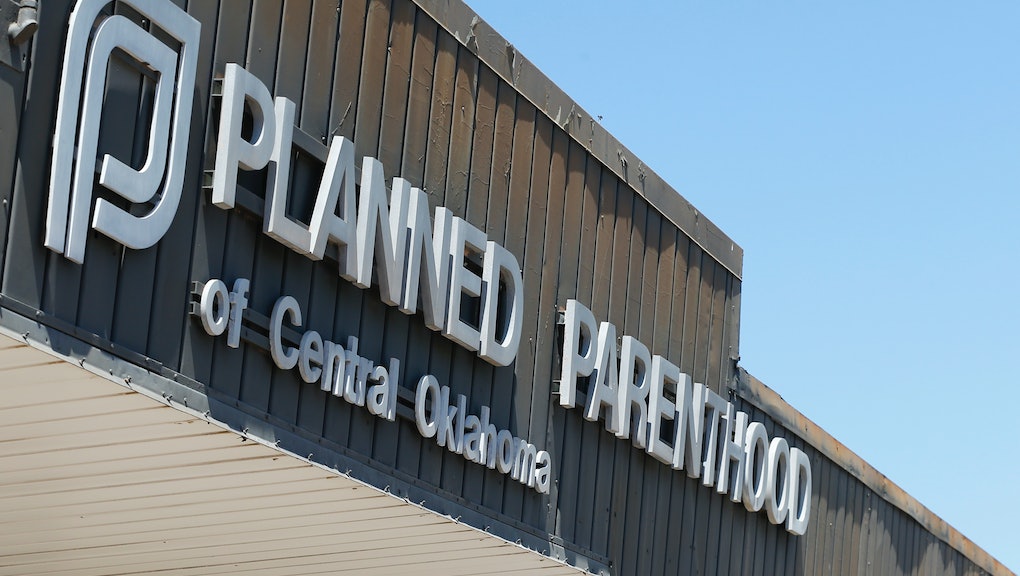 The GOP's plans to "repeal and replace" the Affordable Care Act have long included cuts to Planned Parenthood.

Now, the Congressional Budget Office's revealing report forecasts exactly what the consequences of such sizable cuts would be — and it's not looking good, especially for low-income women and women of color.

The legislation's proposed changes to Planned Parenthood would mean some 15% of people would lose access to birth control and abortion, leaving "several thousand" women on Medicaid with children they wouldn't have otherwise had, according to Time.

"To the extent that there would be reductions in access to care under the legislation, they would affect services that help women avert pregnancies," the CBO report says.

This isn't the first we're hearing of the dangerous consequences of defunding Planned Parenthood or limiting reproductive decisions.

Reports showing sharp declines in unintended pregnancies emerged in 2016. They indicated that highly effective methods of birth control, like IUDs, were responsible for an 18% decline in unwanted pregnancies between 2008 and 2011. In the wake of Donald Trump's election, Planned Parenthood reported a 900% surge in IUDs insertions.

A more recent study found that if every woman in the United States had access to the most effective birth control possible, the country could save $12 billion a year in public health care dollars. Why? Better access to birth control means 63% fewer unintended births, which means healthier women and children due to unwanted pregnancy's links to unhealthy behaviors.

Even better for the GOP, improving access to birth control would mean a 67% decline in abortions.