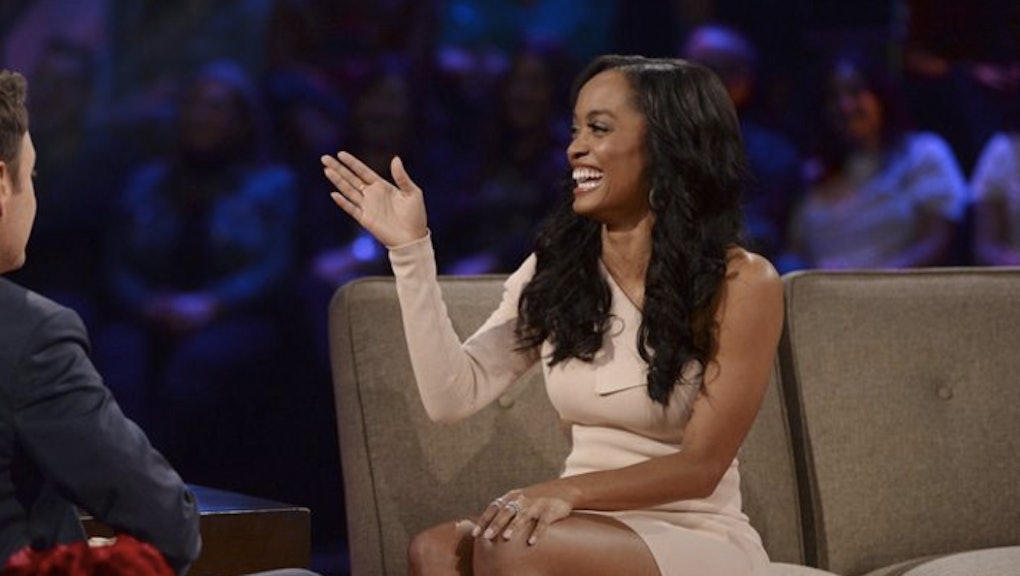 'The Bachelorette' 2017 Cast: Rachel Lindsay meets 4 men as After the Final Rose surprise

The 2017 season of The Bachelorette is already underway. That's the big surprise that Bachelor host Christ Harrison had for fans during the "After the Final Rose" special on Monday night — and it definitely shocked star Rachel Lindsay.

While the new Bachelorette usually meets contestants during the limo arrivals on night one, Rachel actually met four of her guys following the finale of The Bachelor. The "After the Final Rose" stage was set to look like The Bachelorette mansion, and the men even pulled up outside the studio in a limo. But this makes us wonder — do these four men have a leg up on the other contestants? Viewers will have to wait and see. Check out the upcoming cast members.

Demario is so confident that that he came out on stage with two plane tickets to Las Vegas — and a wedding ring.

Blake was extremely nervous, but sweet. "You look good," he told Rachel. "You smell good. I'm so excited to see you."

Dean came out on stage and started off on a good foot by complimenting how "amazing" Rachel looks. But then he felt the need to add: "I just wanted to let you know, I'm ready to go black, and I'm never gonna go back." Rachel had a good laugh.

The Baltimore suitor greeted Rachel with some smooth words, telling her that it doesn't matter where they came from, because they're "here right now." The two even broke out into a little dance.

According to Reality Steve, filming for the 2017 season begins Wednesday or Thursday. The Bachelorette season 13 will premiere on May 22.