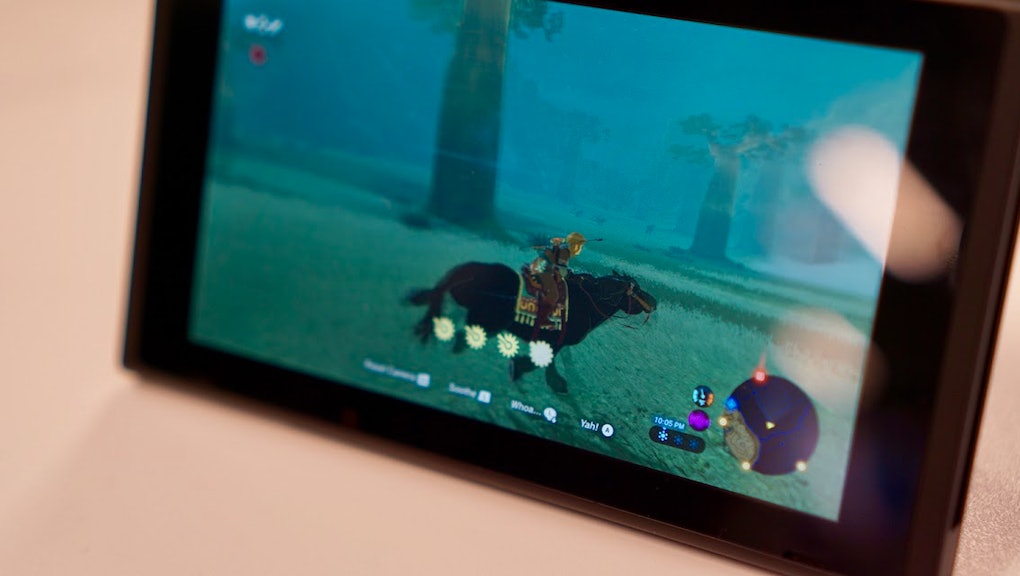 'Breath of the Wild' Lynel locations, guide and loot: How to beat the game's hardest enemy

The Legend of Zelda: Breath of the Wild is a surprisingly harsh game from the family-friendly Nintendo brand. It's easier than you might think to accidentally stumble into an encounter with an enemy who will kill you in one hit early in the game, like Lynel.

Lynel is a centaur-like species that appears in a handful of spots around Hyrule. They are the masters of their domains, getting aggressive if you get within about 50 yards of them. They can run about as fast as any horse you have, raining arrows on you from afar or slashing at you from melee distance. They can also breathe fire — as if they weren't scary enough already.

One main story quest has you collect shock arrows from a Lynel's habitat, but you're never actually required to fight one. Still, if you want the valuable items they drop — and the bragging rights — here's how to handle them.

How to take on Lynels in Breath of the Wild

It should go without saying that you shouldn't head into a fight with a Lynel without a solid supply of food, weapons, shields and arrows. Since even the lowest level brown Lynels have thousands of hit points, you're going to go through at least a couple of melee weapons in the course of a fight. Even high-level weapons with durability bonuses will only help so much.

Based on my experience, the first thing you should do is get close enough that the Lynel puts away its bow and pulls out whatever melee weapon it has. Their ranged accuracy and power is so high that sniping at them from far away isn't the most viable strategy.

From here, it becomes a game of dodging, blocking, parrying and getting in hits whenever you can. There isn't some unstoppable hack you can use to beat them. You're going to need to deploy some skill. If the Lynel emits a huge soundwave with a scream, immediately sprint away from it to avoid an incoming explosion. If it looks like it's about to start breathing fire, sprint laterally to avoid three fire blasts that will move in straight lines. Finally, if it gets on all fours, it's going to charge at you like a bull. If you jump to the side at the right moment, you'll get a flurry rush opportunity.

If you feel confident in your marksmanship, shooting the Lynel in the face with an arrow will stun it briefly. This isn't easy since its movements are swift and unpredictable, but it will give you a window to hack away at it. Another strategy is to get up close and initiate a traditional sword duel. It's stationary melee swipes are easy to parry with a shield bash, and though the ensuing attack window is small, it's better than nothing.

Lastly, if you've finished the Vah Norbus divine beast mission you can use the Urbosa's fury power to unleash powerful lightning strikes on the Lynel. Not only do these do tons of damage, but the Lynel will get stunned. Urbosa's fury basically breaks the game, but it makes high-level combat encounters much easier.

If you plan ahead and stay on your feet, the Lynel will eventually go down. It's worth noting that even with some of the most powerful weapons in the game, it still takes me several minutes to take one down. For enemies who don't even have boss-style health bars, they're probably the toughest thing you'll fight in Breath of the Wild. That said, the loot at the end is absolutely worth the effort.

Breath of the Wild Lynel locations: Where to find them

If for some reason you decide to actively seek out a Lynel, there are a few different places to fight them. Besides the one you encounter in the Zora mission, there are plenty of others across the map. Gosu Noob has a detailed map showing their locations across Hyrule. There's also spotted one hiding out in Hyrule Castle. So just be on the lookout and you should run into a Lynel before too long.