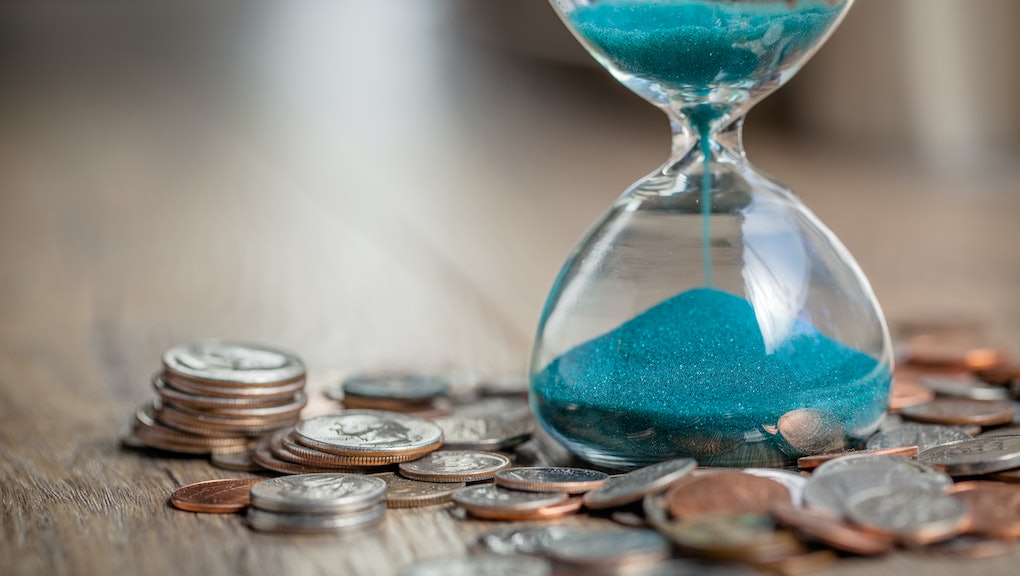 How do you open an IRA? Your guide to start saving for retirement — in 30 minutes or less

Maybe your job doesn't offer a 401(k)? Or maybe you like your plan at work, but want to save even more money — and get cool tax perks. Either way, an individual retirement account might be right for you. If you haven't filed your 2016 tax return yet, you've still got until April 18 to get moving on an IRA contribution that might lower your tax bill.

Unlike a 401(k), an IRA will follow you no matter where you work. That's nice because you don't have to roll the account over — which can be kind of a pain. Both the traditional IRA and the Roth IRA also come with tax benefits.

Retirement accounts have what is called contribution limits, meaning that there's only so much money you can put into different types each year (a nice problem to have, to be fair). Holding more diverse accounts can increase the total amount you save each year, which is never a bad idea.

Finally, using an IRA is correlated with having greater peace of mind about the future: 91% of people currently contributing to an IRA report feeling confident about retirement, according to a March survey from TIAA.

Still haven't convinced you to take the leap? Here's how easy it can be.

The easiest way to set up an IRA, according to NerdWallet retirement expert Arielle O'Shea, is probably to go with one of the so-called robo-advisers. Most robo-advisers are startups, and as the name suggests, they try to automate as much of the investing process as possible, typically with low costs.

"For robo-advisers, usually there's no minimum, and they're relatively new so they streamline the process, so that's probably the easiest way to go," O'Shea told Mic. "But it's not really going to teach you how to invest."

Setting up an IRA through a robo-adviser like Wealthfront or Betterment — which also offers 401(k)s and is Mic's plan provider — is indeed pretty easy. If you don't have an account already, you can hit "sign up" and then choose "traditional IRA" or "Roth IRA" from a menu, after adding your age and income.

Or — if you already have a different type of account, and want to open another — you can simply click "add account" on your summary page to bring up the following menu.

Don't feel overwhelmed by these scary-looking acronyms. The list is actually easier to whittle down quickly than you might realize.

Joint and individual taxable accounts are, as the name suggests, "taxable," meaning that unlike Roth or traditional IRAs, they don't come with special tax advantages. SEP IRAs are likely only going to be relevant if you're a small business owner or otherwise self-employed.

That means that for young people, who have 40 years of savings and raises ahead of them, there's a compelling argument for going with the Roth. Older people tend to be in higher tax brackets.

One NerdWallet report found that after 30 years of making the maximum-permitted contributions ($5,500 a year), a Roth IRA was actually better in every common tax scenario than a traditional account, and in some cases the additional savings were significant — more than $180,000.

One advantage of robo-advisers is that once you've chosen what "flavor" of retirement account you want, you're almost done. You'll then simply need to enter identifying information like your address and Social Security number, and then answer questions that intend to evaluate your risk tolerance and determine your financial needs. Questions might be similar to those on this questionnaire from Vanguard.

After that, a portfolio gets generated automatically — and you go on to fill in your deposit details.

As to choosing between robo-advisers, O'Shea said a major difference to consider is how they collect their fees and what their minimum balance requirement is. According to ValuePenguin, the media robo-adviser minimum is $5,000, meaning you can't open an account unless you have that much. But several providers have no minimums.

If you want to learn, go with a more hands-on broker

The main problem with automating everything is that you aren't going to learn very much about investing, and you don't get a lot of options. Beyond how much you invest and when, you don't really have much say in where your money is going, which may also be a concern if you don't want to invest any of your cash in industries you personally object to, for example.

If you want to learn, but are still incredibly new to the concept of investing, O'Shea had a novel suggestion: Choose a brokerage with physical branches and go open an IRA up in person.

"If you're new, you can get some investment advice while you're in there. They'll also walk you through the website," O'Shea said, noting that brokerages like TD Ameritrade, E-Trade, Charles Schwab, and Merril Edge all have branches in the event that you find the websites dizzying. Be sure to check the website before visiting to help remember paperwork you'll need to bring in.

The one drawback here is that, while a broker is going to be happy to walk you through the site — which can be a big help since trading websites are often pretty intimidating — they're unlikely to tell you for free what investments to actually make. That kind of advice, O'Shea said, usually costs extra.

Luckily, this isn't high school, and there's no penalty for copying someone else's paper. Copying can actually be smart. If you're not sure which investments to start with, O'Shea suggested looking for a few sample portfolios, particularly within what's called a target-date fund, which is generally optimized to suit a certain age group.

If you are hoping to retire in 2050, for instance, here are the types of investments that Vanguard thinks you should be making.

Investing icons like Warren Buffett often note that funds and investment-pickers rarely do better than the overall market anyway. So start with an index fund or exchange-traded fund that tracks the market, and then add some diversification — maybe a broad "global stocks" ETF — from there.